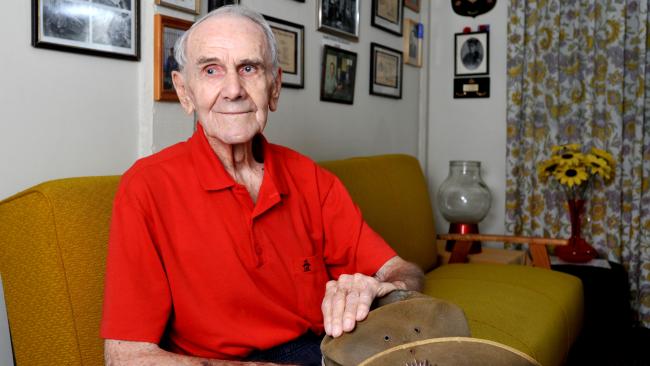 NOT many people can claim to have a room in their house dedicated to war memorabilia.

Wynnum resident Albert Rogers’ loyalty to his country has led him to set up a room to commemorate his family’s involvement in World War II.

Mr Rogers said his “Anzac room” contained photographs, poetry and certificates from his service in the Army and that of his four brothers who also enlisted.

The room also contains a commemorative scroll from King George VI presented posthumously to his brother Herbert, who died on a reconnaissance mission near Malta in 1942.

Mr Rogers’ slouch hat that he was issued after he enlisted in 1940, aged 18, also takes pride of place in the room.