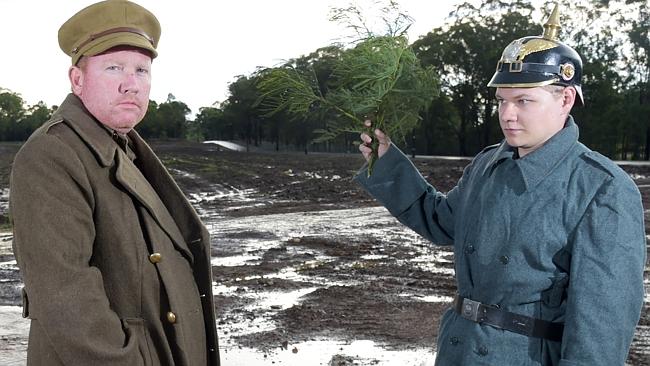 FOR James Downey, World War I is very much a part of his life.

The Riverstone local, who has family connections to the war, has now enacted one of the most poignant moments of WWI when a German soldier unexpectedly began a Christmas truce 100 years ago.

For Mr Downey and his fellow members of the 18th history battalion do a lot of world war enactments for Anzac Day and other special days but this Christmas true has been his most emotional.

“Hundred years after the event and we are still no closer to understanding the Christmas truce in 1914,” Mr Downing, 36, said. 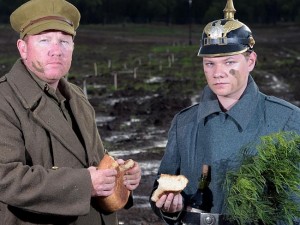 James Downey and Shaymus Martin share a meal during their Christmas truce re-enactment.

“It began with a brave German soldier climbing out of his trench on Christmas Day 1914 with arms raised and in one hand, he held the small piece of pine tree, a miniature Christmas tree, the true symbol of Christmas.

“Eventually both British and German soldiers would lay down their arms and walk out to meet each other in no mans land.

“Both sides, for a brief period stopped the killing, shelling and madness of war to share wine, bully beef and even sang Christmas carols.

”It has always been something no one can really explain how these two armies that had been killing each other for months were able to come together to celebrate Christmas like old friends, then within a matter of hours, return to the madness of war and killing.

“Very few are not moved by this show of humanity in a time of inhumanity.

“Like the Australians who went over the top at Gallipoli knowing they where not coming back but still went, this event still holds questions that can never be answered or understood, just remembered and embraced.”

Mr Downey, who has had a kidney transplant operation six years ago — his elder brother Matthew providing him the organ — has been president of the group since 2004 when Graham Brissett, who founded it in 1998, left.

He said he annually spend more than $5,000 to organise and attend events.

“I also easily spend around $3000 a year on uniforms, equipment and other group requirements while the number of hours I put into the group is I measurable,” Mr Downey said.

“With the Anzac centenary just around the corner, I am daily dealing with something to do with the group.” 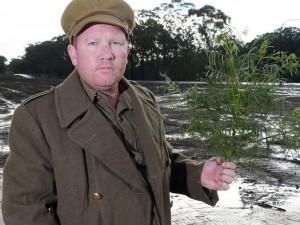