World War I anniversary: A century on, we still remember them 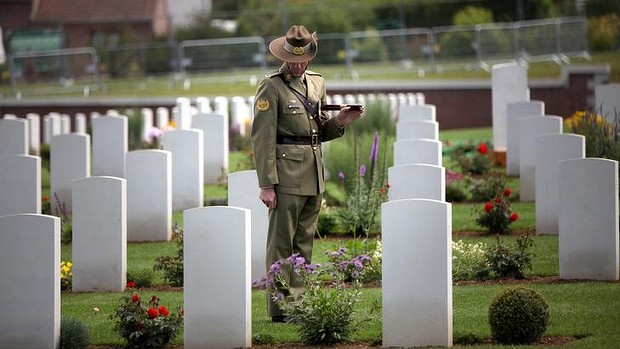 It is an odd thing, when you think about it.
After the Germans invaded Poland in 1939, they stormed through Europe, knocking over army after army, and got all the way to North Africa, still without registering a defeat, until they reached the Australians defending the perimeters of Tobruk. There, our blokes, backed by British artillery, handed Hitler his hat three times over eight months. The Germans … stopped. 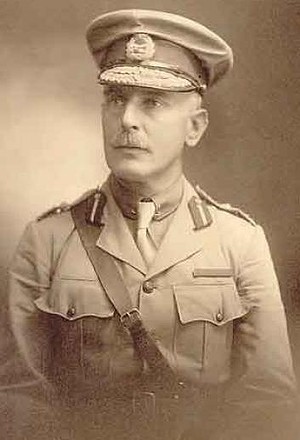 Same with the Japanese! After dropping bombs on Pearl Harbour in late 1941, they devastated the Philippines, moved through the Malayan Peninsula and captured Singapore, before landing in New Guinea … where they were defeated, for the first time, by the Australians at Milne Bay and then Kokoda.
So we have on our national military record that our soldiers were the first to stop the Germans and the Japanese during World War II. But when it comes time for a day of military remembrance, we still say: “Yes, yes … but did we ever tell you about the time we invaded Turkey and got sent packing?”
Just why, as a people we keep returning to the events of World War I, even 100 years on, and revere them more than anything else is something I have been struggling with over the past 18 months while writing a book on Gallipoli. And though I cannot claim the definitive answer I am at least now closer than before to getting it.
A lot of it is wrapped up in the notion of nationhood. At the turn of the 1900s there was a strong feeling that although we had a constitution and a federal parliament and all the rest, we were not yet a real nation because we had not yet shed blood in battle. As pointed out by my friend, Melbourne writer Christopher Bantick, in 1889 the father of federation Sir Henry Parkes spoke of “the crimson thread of kinship,” the common blood that bound the people of the colonies to each other, and to the nations of the British Empire. And yet there was also a strong notion that no nation was worthy of the name until that crimson thread had become a river, shed in the service of that Empire. The Great War was the first chance the newly federated Australia had to do it.
Hence the joy in the Sydney Morning Herald editorial after war was declared, exulting that it would be our “baptism of fire”.
And so the words of many a soldier on the shores of Gallipoli at dawn on April 25, as they charged forward, eager to prove themselves worthy:
“Come on, Australia!”“Australia for ever!”

It is why, in one of the key Gallipoli battles, Colonel James McCay of the 2nd Brigade clutched his revolver even as he he hurtled over the parapet roaring: “Which of you men are Australians? Come on, Australians!”
It’s why no less than Banjo Paterson, on hearing of the landing at Gallipoli, penned a poem pulsing with patriotism:
The old state jealousies of yore
Are dead as Pharaoh’s sow,
We’re not State children any more
We’re all Australians now . . !
The mettle that a race can show
Is proved with shot and steel,
And now we know what nations know
And feel what nations feel . . .
Tragically, when it came to blood shed in the Great War, our nation received more than a mere baptism, we damn near drowned in it – most infamously, in one 12-hour period at Fromelles, when we lost 2500 men, killed, as part of 60,000 sacrificed over four years in that war.
The nation mourned at the same time it burst with pride at its now proven nationhood.
That is why, even 100 years on, that number of lives lost, that amount of blood shed, still resonates powerfully in the national psyche.
It’s why the Great War still counts.
It’s why, at the going down of the sun, and in the morning . . .

Peter FitzSimons has written 25 books, including Kokoda, Tobruk and Nancy Wake, The White Mouse. His book Gallipoli, will be published by Random House, in late October.