William Shatner Mourns Leonard Nimoy: ‘I Loved Him Like A Brother’ 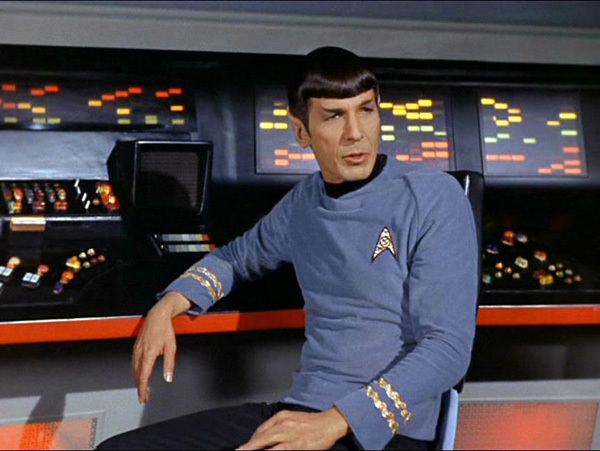 So sad. Leonard Nimoy’s ‘Star Trek’ costar, William Shatner, has just released a statement about the actor’s death and it is both heartbreaking and beautiful.

This is just devastating. News broke on Feb. 27 that original Star Trek star Leonard Nimoy, who played Spock on the iconic series, passed away at the age of 83. Condolences and heartfelt sadness began to pour in from fans and friends of the iconic actor, including from his co-star William Shatner. See what William had to say about his dearly departed old friend.

William Shatner On Leonard Nimoy’s Death
This is so upsetting, but also really lovely to see how loved Leonard was and will continue to be.

George Takei Devastated Over ‘Extraordinary’ Leonard Nimoy’s Death
William and Leonard starred together on the original Star Trek all the way back in 1966, in which William played Captain Kirk. When the news broke that Leonard passed away a few days after being hospitalized, William let the world know how much Leonard meant to him.

Remembers Leonard Nimoy’s Life: ‘My Heart Is Broken’
“I loved him like a brother,” William said in a statement. “We will all miss his humor, his talent, and his capacity to love.”

A Lasting Legacy
Though Leonard is gone, he will certainly not be forgotten and his work will continue to live on. Having first starred in the original Star Trek series from 1966-69, Leonard went on to reprise his role as Spock in several of the film’s spin off projects, including Star Trek: The Next Generation and Star Trek: The Undiscovered Country.

Leonard Nimoy’s Touching Final Tweet Before Death: Live Long & Prosper
Leonard also had a very memorable (and creepy) arc on the series Fringe, as well as on The Big Bang Theory in which he played, who else, Spock.

One thing is for sure, Leonard will be very missed by generations of fans to come.

We are sending a ton of love and prayers out to the family and friends of Leonard! Long live and Prosper, everyone.