Why Crossbones May Be Really Important To Captain America 3: Civil War 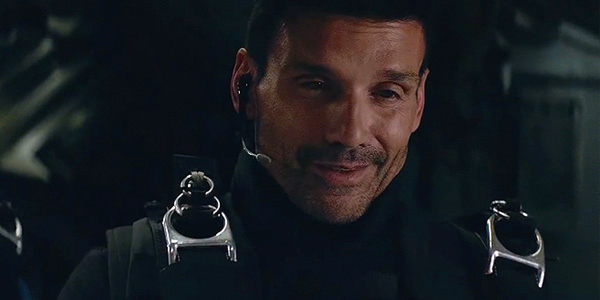 It’s hard to look ahead into the Marvel Cinematic Universe with the epicness of Avengers: Age of Ultron set to hit in just two short weeks. However, a rumor about next year’s Captain America: Civil War has raised some eyebrows. Reports imply that Brock Rumlow, played by Frank Grillo in the last Cap movie, could become even more important to the Civil War storyline than everyone previously thought.

WARNING: Potential SPOILERS ahead. Read on at your own peril.

According to a roundup of new rumors from JoBlo, Brock Rumlow, who we met in last year’s spectacular Captain America: The Winter Soldier, will not only fulfill his comic book-inspired destiny of becoming the skull-visaged villain known as Crossbones, but it seems his actions may end up providing the inciting incident of the whole film. According to JoBlo’s sources, Crossbones will instigate a heinous attack of some kind that leads to a tumultuous turnabout, pitting the superheroes of the world against one another.

In Marvel’s Civil War crossover event series, the storyline was originally kicked off when a superhero team, The New Warriors, seriously botch a battle with an explosive supervillain that results in several blocks of Stamford, Connecticut getting completely decimated, leaving a casualty count of 600, including 60 schoolchildren. The event changed the views of many regarding the culpability of superheroes in their exploits. This prompted the government to implement the Superhuman Registration Act, which decreed that all superheroes must register their identities, an idea that divided members of the Marvel Universe along “pro” and “anti” lines. It was a highly regarded storyline filled with timely post-9/11 parallels. 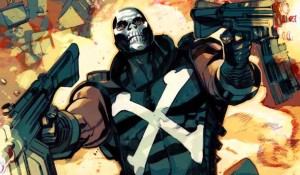 Getting back to the upcoming Civil War film, the traditional setup is obviously off the table, seeing as The New Warriors don’t exist (yet) in the MCU. The latest rumor implies that Frank Grillo’s Brock Rumlow, who was left injured and burned at the end of The Winter Soldier, will reemerge in a “messier,” “graffiti-esque” version of Crossbones’ comic regalia, and instigate some yet-to-be-revealed devastating act of dickishness that will inspire the divisive political atmosphere the storyline. Of course, that angle would only supplement the generally-held belief that, should the film further follow the comic book storyline to its proper climax, then Crossbones will play a part in actually assassinating Captain America, unwittingly turning him into an anti-registration martyr. Having Crossbones serve as the story’s initial instigator would poetically cap off the importance of his role.

We’ve suspected for some time that Brock Rumlow would play a bigger part in the MCU. While the idea of the Civil War movie ending, like its comic counterpart, with a martyred Cap remains to be seen, the claim that Crossbones will provide a critical substitution for The New Warriors’ destructive mistake seems to be rumor with a grain of truth. Captain America: Civil War should nevertheless provide some devastating changes to the MCU when it registers its way into theaters on May 6, 2016.