Why Anzac with Sam Neill: the actor remembers his fallen family 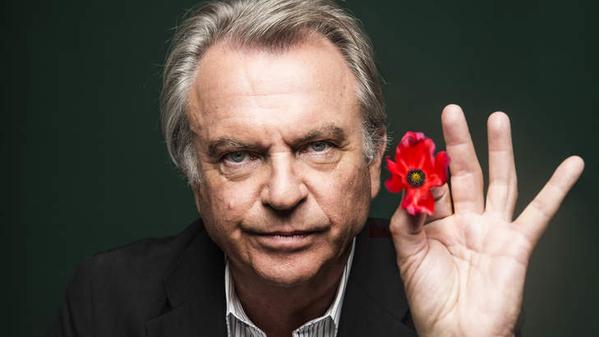 One morning in late June, 1917, near the town of Messines, Lieutenant Colonel Bob Ingham set out on what was to be a routine recce.

However, fate had decreed that summer’s day in northern Belgium would be the 36-year-old’s last. He was fatally shot and today his remains are among the 10,000 or so casualties laid to rest in Lijssenthoek Cemetery near the Belgian town of Ypres.

Ingham was Sam Neill’s grandfather. His mother’s father and “the man who wasn’t there” throughout the actor’s childhood.

In one pivotal scene from Neill’s thoughtful and moving examination of the Anzac legend, the ABC documentary Why Anzac, he approaches his grandfather’s grave for the first time. It is a bright, clear day – possibly not unlike the one on which a German bullet found Ingham.
Advertisement 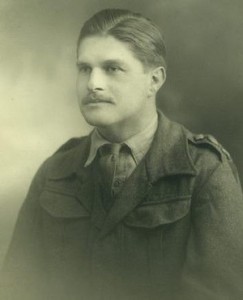 “This is an emotional moment for me,” confesses Neill as he walks among the endless rows of headstones, all identical in size, shape and colour. “I’ve never been here before. I’m finding this pretty distressing.”
Finally, he locates his grandfather’s grave and hunkers down to examine the words requested by his grandmother, Ella.

“So he passed over and all the trumpets sounded for him on the other side,” reads the inscription.
But Neill, the veteran actor, flubs the line, choking with emotion at the thought of a life cruelly cut short and a young wife and two children left behind in England. It is one of a number of unscripted moments in the documentary that give it an endearingly personal air.

“We had a fair idea where we were going to go and we’d done our research and knew what we wanted to cover but there were things that would happen on the day,” says Neill. “We knew we wanted to see Bob’s grave but I had no idea how it would affect me. I was a bit blindsided by that.

“But it was those words at the bottom that really got me. They were my grandmother’s words. They were her request and her view about what had happened to Bob.”

The scene in the graveyard is typical of Neill’s approach – deftly weaving together his family’s story with an intelligent discussion of the wider implications and significance of the Anzac legend, and how it is co-opted by different interests. 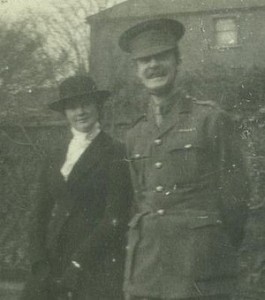 “Everyone understands something about family because we are all part of a family of some kind,” he says. “And every family in Australia and New Zealand probably universally has been directly or indirectly affected by war.

“I think the approach and the result was to think about family, whether it is my family, all our families or the Australian-New Zealand family. I’m getting to the age now where you start getting interested in the history of your own family. There’s nothing particularly unusual about my family except it has a large military component. I thought some sort of exploration of that was one way of approaching this.”

There was a further, practical reason to giving the film a personal spin. “We were mindful there would be a tsunami of Gallipoli/World War I material so if it was personal we couldn’t possibly be covering the same territory as everyone else,” he says

Neill comes from a long and distinguished line of soldiers. As he puts it: “There has hardly been a fight anywhere that we haven’t had a dog in.”

From his great-great grandfather’s role in the Third Anglo-Burmese War of 1885 to his father, who served with the Irish Guards in Northern Ireland and fought in the Second World War, it was natural that a military career was at one point considered for the young Neill.

“There was talk of it,” he says. “When I was halfway through my degree at university I had no idea what I would do and my father said that I might think about Sandhurst [the British military academy]. I did think about it for about a day but wasn’t sure I was made of the right stuff for that so the idea was abandoned.” 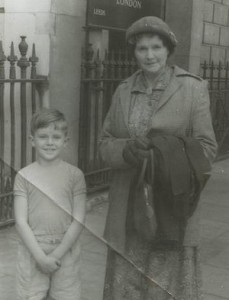 Neill, of course, took an entirely novel road – for his family at least – carving out a high-profile career in film and television.

Yet his ancestors’ military adventures continued to cast a shadow over his life, so when writer Owen Hughes approached him a couple of years ago with an idea for a program that examined the meaning of Anzac, he was immediately keen.

“I did ask him why he was interested in me doing this,” says Neill. “We always wanted this to be a genuine co-production, not just in terms of funding but also to have an overview that is somewhere over the Tasman.”

Hughes told Neill that when he used the word “we”, both Kiwis and Aussies would understand it referred to them both.

“I do sort of have a foot in both camps,” says Neill, a New Zealander who also has a home in Sydney.

The result is a program that crosses the globe from Gallipoli to France and Crete to Australia in an effort to make sense of New Zealand and Australia’s shared history.

At the outset, Neill makes a clear distinction that can be lost among the flag-waving and cheap patriotism that tends to sit at the margins of the Anzac legend. “I hate militarism,” he says. “I loathe nationalism. But I honour those who serve.”

One of those in his own family whom Neill honours in the program is Guy Bridgeman, his grandfather’s cousin. Neill brings Bridgeman’s poignant story to life through a series of letters, photographs and family stories. A “gentle, kind and thoughtful man”, Bridgeman evidently also took seriously his patriotic duty and enlisted in the Otago Mountain Rifles as soon as Australia and New Zealand followed the mother country into war against Germany.

Bridgeman landed at Gallipoli twice and survived to fight at Passchendaele, where he was badly wounded. Incredibly, he was still insistent that he be returned to the front when he succumbed to the flu.

“Of course, he is remarkable, but he is also one of millions of remarkables,” says Neill.

No less remarkable was Neill’s own father, Dermot, who belonged to that generation of men who survived the Second World War but who were never able to talk about their experiences.

Before the war Dermot had been dispatched to Germany to learn the language, a skill that, as it turned out, was to save his life.

“At one point in the Italian campaign, suddenly out of the blue they ran into a whole bunch of Germans,” says Neill. “His men and the Germans were so surprised that there was a few moments’ paralysis.

“Then dad said he heard the words come out of his mouth in German with such authority that he surprised himself: ‘Put down your weapons and put your hands in the air’. The Germans were so surprised to hear German that they did as they were told.”

Neill says he learned a lot about his own family’s history but resists didactic pronouncements on the futility of war or the manner in which the idea of Anzac is used. He leaves the viewer with as many questions as answers.

“I don’t think any of us felt that we were authorities on anything,” he says. “But I think it is important to ask questions. So much of it is a puzzle as to why we were there at all, what was achieved, what went wrong.

“All these questions are relevant because plus ca change … we are talking about sending more men back into Iraq. The word Anzac has been mentioned again. What are we to make of this? Particularly in light of the fact every intervention we have made into the Middle East in the past 20 years has always ended up being not such a great idea.

And what of Ella, Neill’s maternal grandmother who was widowed at such a tragically young age with the death of her husband on that summer’s morning in Flanders?

Neill remembers her with enormous affection as a woman who refused to be overwhelmed by bitterness.

“There was a prisoner of war camp near Tenby [on the South Wales coast] where she lived and she used to run a little cafe in her garden where the German prisoners would come for a cup of tea,” he says. “It was an incredible thing to do when you consider her husband had been killed by Germans, her son was fighting the Germans, and her son-in-law was there as well.

“For years afterwards she used to get Christmas cards from these Germans to whom she had been so kind.”

Via: The Sydney Morning Herald