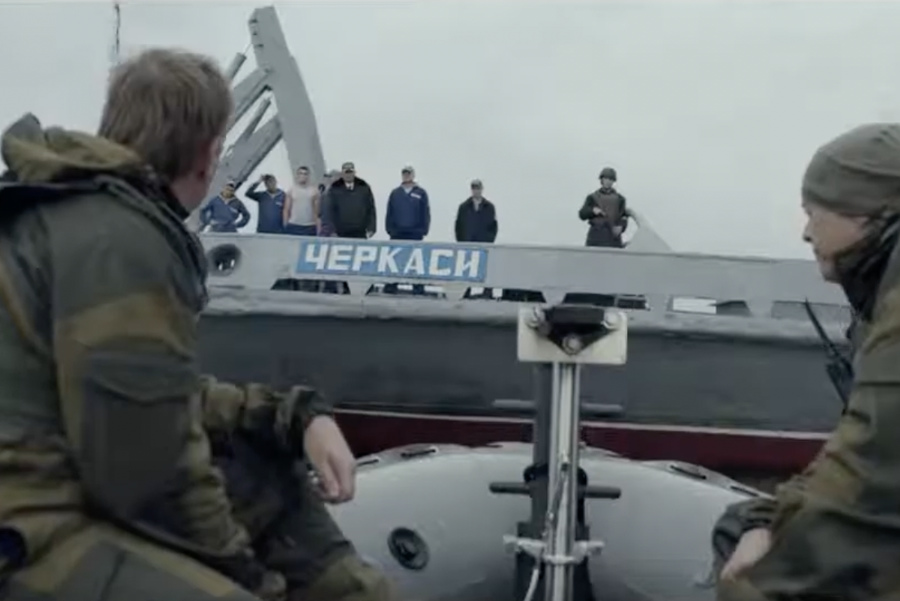 Plot #1  February 2014. The occupation of the Crimean Peninsula begins. U311 ″Cherkasy” minesweeper, along with other Ukrainian ships, is blocked in Lake Donuzlav – the path to the sea is closed by the flooded vessels of the Russian fleet. It is a trap. Ukrainian naval ships begin to surrender to the Russians. It seems that there is simply no other way.

Plot # 2  Myshko and Lev are fellow villagers. Due to different reasons, they are aboard a Ukrainian Navy ship U311 “Cherkasy” stationed at the port of the Donuzlav Lake in the Crimea. While the crew of the minesweeper “Cherkasy” conducting military training and naval exercises, the Ukrainian president Viktor Yanukovych flees the country and the Crimea is occupied by the “little green men”. The ship is returning to its base but the port is already lost. “Cherkasy” and several Ukrainian ships are blocked in.