Troubled Veterans Get Treatment, Not Jail 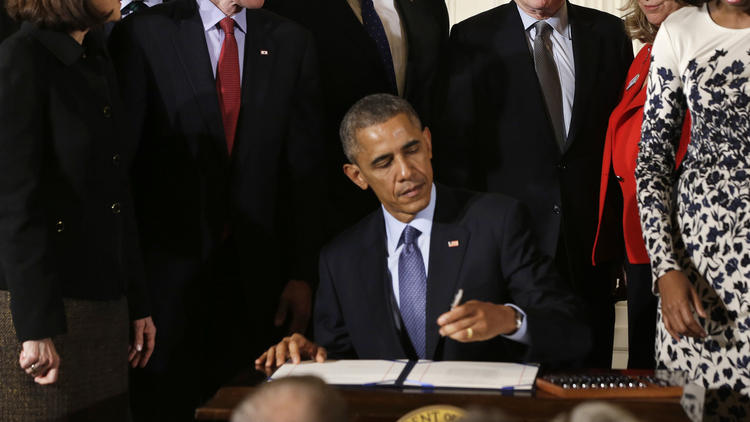 Two programs that connect arrested veterans to treatment – rather than jail – report that many are getting their lives back on track.

Some 81 percent of veterans in the program run by the Veterans Health Administration have not been arrested again. And one run by the state Department of Mental Health and Addiction Services shows a 36 percent drop in illegal drug use among its veterans and a 44 percent decrease in symptoms of Post Traumatic Stress Disorder (PTSD).

“So many people are getting what they really need, which is treatment and not incarceration,” said Laurie Harkness, the VA program director. “It’s making such a difference in so many veterans’ lives.”

The programs, designed to help veterans with mental health and substance abuse problems, operate in courts statewide, where social workers reach out to arrested veterans to let them know about treatment options for PTSD, anger management, and addictions, among other illnesses.

If a veteran agrees, the social worker will recommend treatment options to the court, and will guide veterans through the process. A judge decides whether to sentence the veteran to a treatment program instead of jail or other penalties, such as fines. The crimes committed range from motor vehicle violations to domestic violence charges to car thefts.

“We see them from their worst moment in time to how well they can do with services,” said Jessica Marshall, a VA social worker, who works mostly in the New Haven courts. When she visits veterans in jail waiting to be arraigned, Marshall said, “They see support immediately. They know they are not alone.”

The treatment programs are run at the VA and at other in- and outpatient facilities statewide. During treatment, the veterans can get help in other areas, such as housing and employment referrals. The length of time of treatment depends on the individual’s needs.

Michael Paris, a public defender in Bridgeport, said he has a client who developed mental health and substance abuse issues after a deployment to Iraq. “Before he went into the service, he was fine,” Paris said. The veteran was arrested for stealing a car and crashing it when he was intoxicated. “It was a pretty serious thing,” Paris said.

A judge agreed to allow him to attend a VA treatment program in lieu of jail. The man participated in an inpatient program early last year at the VA hospital in West Haven, and is now receiving treatment as an outpatient. He was homeless and the VA helped him get housing.

“I’m hoping he will complete the program successfully and get a dismissal of all the charges,” said Paris. He added that his client has been “very conscientious” about his treatments and has received “nice” progress reports.

Veteran Pasquale Pilla Jr., 36, said he could have gone to jail for 20 years if he had been convicted of a domestic violence charge. Instead, he was sentenced to a combination of inpatient and outpatient VA programs and now works as a night housekeeper at the VA hospital, living in transitional housing in New Haven. Pilla said he was a victim of sexual assault while in the Army. He attends a PTSD group and military sexual trauma classes, meets regularly with a psychiatrist and a chaplain, and takes prescribed medications.

“A lot of people told me that when I first came to the hospital, people were afraid to come near me,” said Pilla, who is from Watertown. “People have seen a 100 percent turnaround,” he said.

Melvin Mitchell, 63, a Navy veteran from Norwich, has struggled with alcohol addiction, which he said led to domestic violence arrests. He relapsed twice after attending programs at the VA and reporting weekly to a state social worker and a domestic violence specialist. In his second relapse, his social worker caught him in a liquor store making a purchase. He was sent back to the VA for inpatient treatment.

“The third time was a charm,” Mitchell said. “They give you a death sentence: you can be drunk and die, or you can live.”

The programs’ officials point to the importance of such personal connections.

“I treat them as fellow veterans,” Hayes said. “I don’t ask them what they did. They’re already in court. My concern is their state of being,” he said, adding, “My responsibility is to infuse hope in a veteran.”

In his car, he carries bottled water and a variety of music. “Most of them talk to me. I rarely have a person who doesn’t talk. I allow them to be comfortable,” Hayes said. “Veterans have a bond like no other group,” he said. “My personal goal is to give them back their identity.”

In addition to the help given to veterans, the programs save money.

Mary Kate Mason, a spokesperson for the state mental health department, said, “The average cost of these services is about $420 per person per month” compared with the $2,895 monthly cost for incarceration.

Meanwhile, a state law, passed two years ago, also tries to help veterans who commit crimes by allowing them to use accelerated rehabilitation twice instead of the usual one time for other offenders, and to have access to psychological help without an official diagnosis.

Nicole Feinberg, assistant deputy public defender in Bridgeport, had a client in December who was arrested for reckless driving. He had been granted accelerated rehabilitation for a previous charge and applied again because he is a veteran. The judge agreed to dismiss the charges in a year if the man doesn’t get arrested again, drives with a valid license, has insurance and donates $250 to charity. Feinberg said without the second accelerated rehabilitation, her client would likely have lost his license which would have left him without transportation to his job, and he could have gone to jail for up to 30 days.

The state and the VA conduct training sessions for court personnel. Harkness said the VA is planning one for judges in the spring.

“The more visible we are,” Harkness said, “the more people think, maybe there’s an option to incarceration,” that there’s a possibility a veteran “doesn’t need incarceration, he needs help coming home.”

This story was reported under a partnership with the Connecticut Health I-Team (www.c-hit.org).