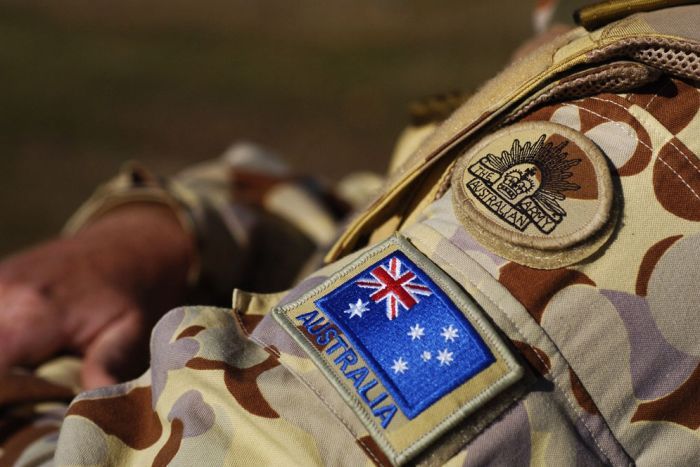 They’re meant to be war heroes, yet thousands of Australian diggers are sleeping on the streets. The federal government and the states can’t agree who is responsible for funding housing, and support groups for veterans are warning a crisis is brewing. Cathy Van Extel investigates.

Homeless agencies and support groups for veterans are warning of a growing number of former soldiers in crisis as they struggle to adapt to civilian life after their traumatic experiences on the front line.

One such veteran is Matt Vawdrey, who enlisted in the Army in 2005 and served in both Iraq and Afghanistan.

Not long after returning from his last Middle East deployment in 2011, Mr Vawdrey, 32, left the Army to spend more time with family and carve out a civilian career managing a business in Sydney. He succeeded for 18 months, but then the post traumatic stress hit.

Entire families are being affected by this and I think if the Australian public knew that we had young soldiers with war-caused mental illness sleeping in cars with their wife and daughter, they’d be justifiably outraged. But that is what is happening.

Geoff Evans, RSL Life Care:
‘In a span of about two weeks I went downhill pretty quickly. [I] tried to take my life at one point due to the stresses and not knowing what was going on,’ says Mr Vawdrey.

‘I was having trouble sleeping, had hyper-vigilance 24/7. Combine that with work and it just became too much.’

Mr Vawdrey was hospitalised seven times. His relationship broke down, and he lost the family business and an investment property. His ex-partner and their children—aged 13, nine and six—remained in the family home.

‘I couldn’t afford at that time to pay for a residence myself so I had to sleep in the car,’ he says.

Mr Vawdrey was homeless for five months until another veteran helped him into crisis accommodation in the middle of last year.

Geoff Evans is a former commander who served in Iraq and then Afghanistan, where he was wounded in action in 2010. He is the Younger Veterans Adviser for RSL Life Care, an accommodation and care provider for the elderly which uses spare capacity to offer temporary homes and support services to younger veterans in crisis.

It is Australia’s only dedicated homeless veterans program, with 32 veterans aged between 24 and 54 currently involved. Those being assisted include two female former soldiers and two families.

Mr Evans says the majority of them have seen active service and are in pressing need.

‘I’ve got nine who have come straight from psychiatric hospital. All have ongoing, usually chronic, mental health conditions and/or physical injuries,’ he says.

‘Entire families are being affected by this and I think if the Australian public knew that we had young soldiers with war-caused mental illness sleeping in cars with their wife and daughter, they’d be justifiably outraged. But that is what is happening.’

In 2009, when the last national Homeless Veterans Survey was conducted, there were 3,000 veterans without a home.

Since then, up to 40,000 troops have been deployed to the Middle East in various capacities.

This week the Abbott government committed to sending a further 300 soldiers to Iraq.

Organisations like Homelessness NSW and Homeground Services in Victoria estimate homeless veterans represent 8 to 12 per cent of their entire homeless population. In NSW alone there are 25,000 homeless people.

Mr Evans says there are lessons that can be drawn from the experience of Vietnam veterans.

‘So there can be a time lag of 15 to 20 years and that doesn’t mean people aren’t suffering. It just means it takes that long for them to fall over completely before they reach out for help.

‘Early intervention is crucial with mental health but for so many, far too many, it’s already too late.’

Mr Evans is concerned that this new generation of soldiers will follow a similar path to the Vietnam veterans.

‘Most people in Australia know what happened to the Vietnam generation in terms of mental breakdown, mental health, alcoholism [and] suicide,’ he says.

‘My generation of soldiers is going down the same road and it’s a national tragedy that we just can’t let happen again.

‘Whilst there were 55,000 Vietnam veterans, there are actually 67,000 contemporary veterans. So the scale of the problem we’re facing is potentially much larger.’

Supporting the RSL Life Care homeless veterans program is Soldier On, a community-based organisation that runs reintegration and recovery centres around Australia.

According to Solider On CEO John Bale, himself a recently retired army officer, soldiers who return from deployments are not being supported by the community.

‘Not because the community doesn’t care; that’s clearly not the case,’ he says.

Mr Bale says there’s a lack of awareness about the impact deployments to Afghanistan, East Timor and Iraq have on soldiers, and the Department of Veterans Affairs is only just starting to acknowledge the homelessness problem.

‘It will only get worse if we don’t have the safeguards at the community level to put in place now.’

Mr Evans is calling on federal and state governments to address housing for veterans.

He points out that many veterans sleeping rough will check themselves into hospital when they’ve had enough. Hospital is not an affordable solution, however, and costs the government up to $1,000 a day.

‘I can house them for a year for $20,000 but DVA won’t pay for it,’ Mr Evans says. ‘Unfortunately [The Department of] Veterans Affairs views housing as a state issue, and states view veterans affairs as a federal issue.

‘We’re in there trying to bridge the gap and pick up the pieces.’

A number of homelessness agencies and veterans support groups from around Australia met in Sydney this week to start developing a national response to the problem.

However, the homeless sector is gripped by funding uncertainty ahead of the May Budget. The Abbott government has made no commitment to ongoing support of the National Partnership Agreement on Homelessness and current funding ends in June.

Melbourne-based Homeground Services CEO Heather Holst believes a response to veterans homelessness needs to be driven by the federal government.

‘There needs to be an overarching framework, very much like there is in the US. That’s something the US is doing a lot better than us,’ she says.

In the United States, an estimated 50,000 war veterans are without a home on any given night.

In 2009, the Obama administration committed to ending veteran homelessness in the US by the end of 2015.

Since then the number of former servicemen and women without a home has been cut by a third and there’s a renewed push underway to achieve the original ambitious target.

Addressing this week’s meeting of homelessness agencies and support groups for veterans in Sydney was Suzanne Wagner, principal of New York-based Housing Innovations, an organisation which provides advice to policy makers and NGOs around homelessness.

She says the US was late coming to the issue and underestimated the extent of the problem.

‘We were reacting to a problem. We looked up and had 100,000 veterans. We had a big problem and we had to solve that problem.

‘What I think you have the opportunity to do is be proactive about it.’

Ms Wagner says Australia should consider housing for veterans when they retire from service.

For Matt Vawdrey, the next challenge is to move from temporary accommodation into the private rental market.

He’s calling on the federal government to come to the aid of the nation’s diggers.

‘We need government to stand up and put their hands in their pocket and actually deliver on helping the veterans who supported this country, fought for this country, and are now becoming homeless due to their war wounds.’

Via: Vietnam Veterans
Image: Support groups for veterans say thousands of diggers who served in Iraq and Afghanistan are living on the streets (Ian Hitchcock / Getty Images)