The saga of the unknown solider 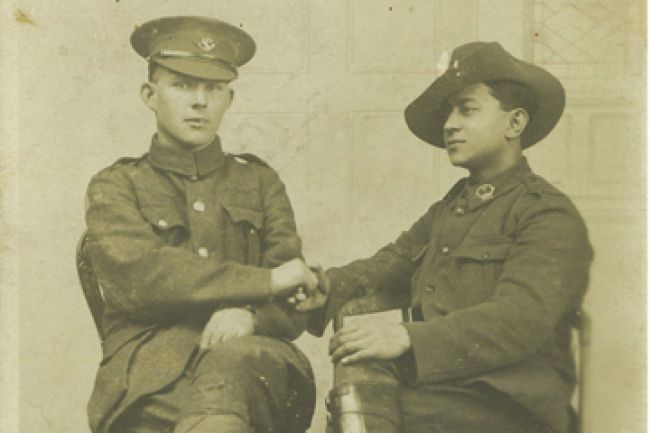 Looking for your help to identify men in wartime photo

It was in March that The Telegram first ran the article “Brothers in Arms,” seeking the public’s help to identify member of the Royal Newfoundland Regiment from the First World War shown in a photo.

The photo was sent to The Telegram by Damien Fenton — a research fellow with the First World War Centenary History Series, Massey University, New Zealand. Fenton contacted The Telegram asking if it might be able to help in identifying a Newfoundland solider in a photograph he found.

Or more appropriately, if The Telegram’s readership might help in identifying the Newfoundland solider who is shown with a New Zealand comrade.

After publishing the photo, The Telegram received photos, emails and phone calls from readers, some who had hunches of who the unknown Newfoundland solider might be and others who were completely convinced they knew the man’s identity. While other people sent photos of people in uniform who they believed to be the same Newfoundlander shown in the photograph, only one person sent in a photo with what they believe is the same two people — both the Newfoundlander and the New Zealander. 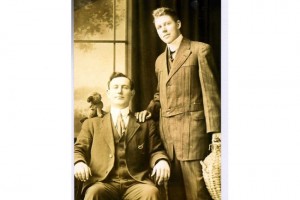 Mike O’Neil sent in a photo that he says is of his great uncle, Albert Burke, from St. Jacques. More to the point, he sees a striking resemblance between the man shown with his uncle and the New Zealander from the original picture of the unknown soldier. Unfortunately, there is no other information with O’Neil’s photo on when or where it was taken. O’Neil’s uncle died of a ruptured appendix not long after the war.

The Newfoundland Regiment served at Gallipoli in the First World War with the Australian and New Zealand Army Corps (ANZAC). Fenton believes the two men in the original photo are both Gallipoli veterans who had become friends while recovering in a military hospital in England.

So tell us what you think? Do you believe the two people in O’Neil’s photo are the same as the two in the photo of the unknown soldier?