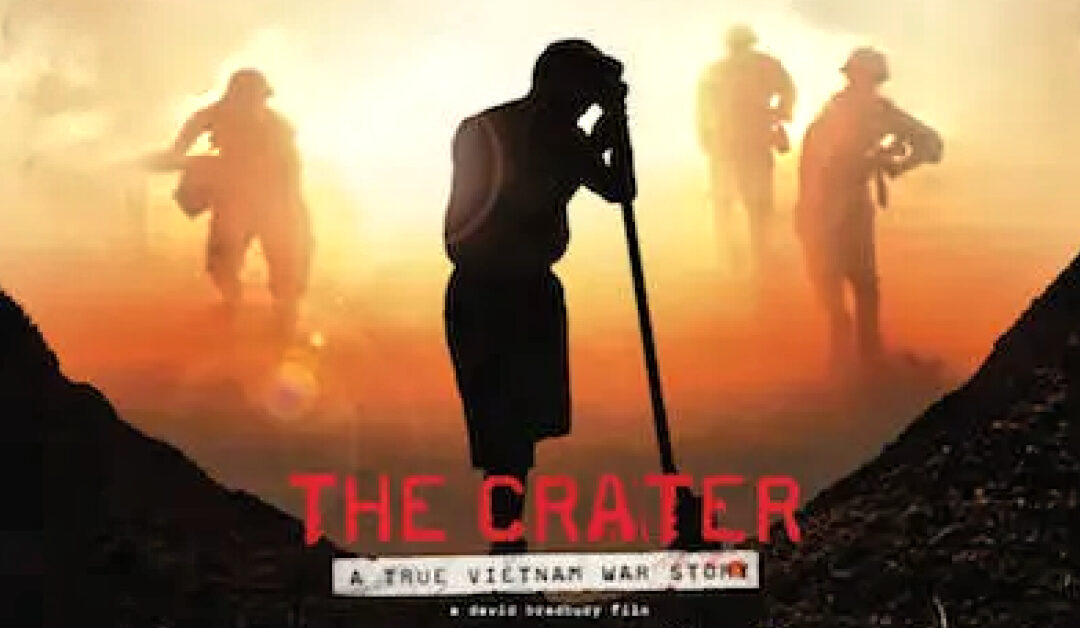 A personal story of one’s man’s tour of duty in Vietnam and his obsessive search to locate 42 former enemy soldiers killed in action.

Brian Cleaver was conscripted to fight in Vietnam “for his country”. He lived through the biggest battle the Australians fought in Vietnam which left him numb and shell shocked for the next 46 years. His way of seeking atonement was to make ten trips to Vietnam, obsessively searching for the unmarked mass grave – a giant B52 bomb crater – that held the unknown soldiers of that battle.

Directed by veteran filmmaker David Bradbury (Oscar nominated for his film Frontline about legendary Vietnam war cameraman Neil Davis), The Crater includes in-depth interviews with those men who were prepared to put their heads above ground and engage with the huge number of advancing communist soldiers who were hell bent on wiping out the Australians. Bradbury has also captured interviews with North Vietnamese veterans who fought in the battle and the families of the martyrs whose souls are still wandering.

The Crater is a deeply emotional story about the long term consequences of war. It includes powerful re-enactments of the 1968 Battles of Coral and Balmoral.