The Ace and the Scout 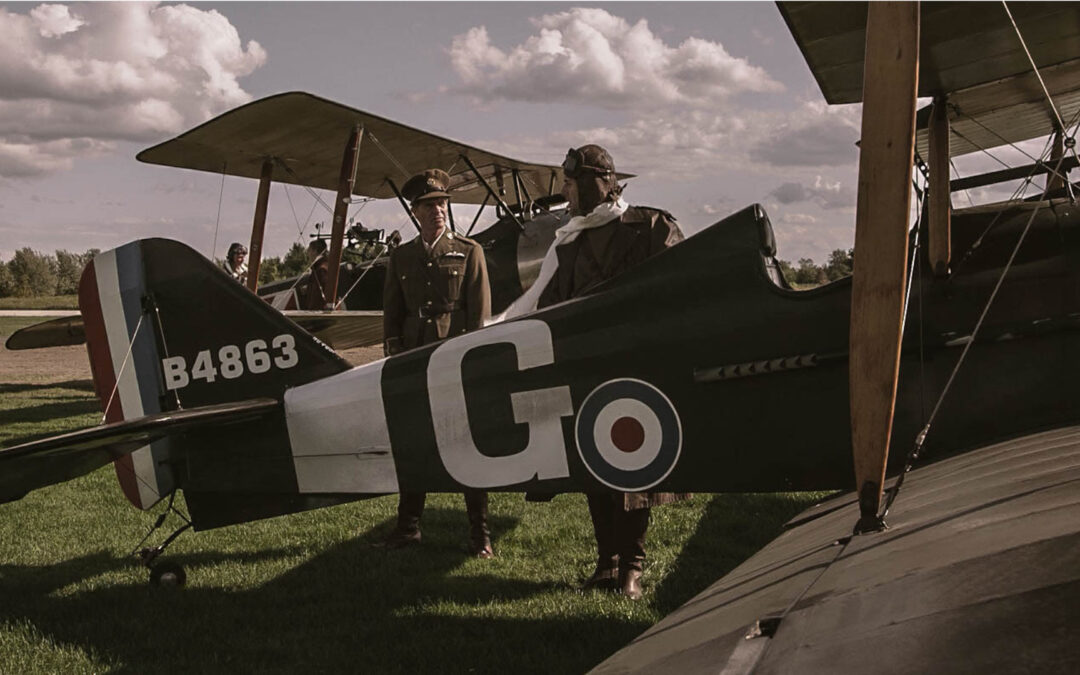 Inspired by the heroics of Ace pilot Billy Bishop and his 72 dogfight victories, two young men from small town Ontario join the late war effort, landing on the front lines of Northern France in August 1918. Within hours they find themselves cut off from resupply and reinforcements, as ally forces are delayed arriving to begin the 100 Days Offensive to end the Great War. For 3 days they must hold the line at all cost, as the fate of the Great War hangs on their shoulders. Fighting alongside legendary Anishnaabe sniper Francis Pegahmagabow, they face an overwhelming force while counting down the last of their ammunition with each shot.

Our true history film tells a story that was nearly lost to time. It explores the use of propaganda to recruit and shape public opinion in war time, and the heroes like Francis Pegahmagabow who were largely unknown because they were indigenous. The Ace and the Scout is also the first war film to feature a lead character who is on the spectrum, living with Aspergers Syndrome; and how he coped enduring conditions that were so foreign to him. This is a “war film” unlike any you have ever seen. We hope it inspires you to value the freedoms that we enjoy because a price was paid by others to preserve it.

Huggett got his start when he wrote and directed one of the lowest budget feature films to win an award at the ‘New York International Independent Film and Video Festival’ (Flicker, NYIIFVF 2005). Flicker has gone on to screen in countless schools across Canada as part of anti-violence programs. Huggett’s follow up feature film “Prodigal” was Best Picture Runner-Up at BCFF, earned a Young Artist Award (Alix Kermes), and screened at San Diego Christian Film Festival and the Capetown Inspirational Film Festival to rave reviews. His 48 Hour Film MPS Project screenplay “Save the Dojo” won Best Screenplay, and received multiple nominations. While his follow-up “Hard Ransom” was nominated for several awards including Best Picture. Huggett’s documentary work has provided opportunities to film in post-911 Manhattan, including Ground Zero and conducting interviews with hundreds of 911 Direct Responders with recording artist Janny Grein. 2016’s historical fiction short film “Red Ryan” Premiered to sold out crowds, won Best Produced Screenplay at Cinema Worldfest Awards, earned Awards of Recognition for Acting & Cinematography, a Jury Mention at LAIFFA and Best Picture at the Hollywood International Moving Pictures Film Festival. Huggett is also a 2016 Ontario Premieres Award Nominee as a Graduate of Lambton College of Applied Arts & Technology. His second historically based film, Black Donnellys (2017), opened to 42 sold out shows in Canada, won 13 awards in competition and festival, and achieved a place among the Top 100 highest grossing short-films (IMDb). Huggett’s 3rd historical film, Black Gold (2018), has won more than 40 festival and competition awards to date.

The Ace and the Scout -Trailer (01:55) from Electric Motion Pictures on Vimeo. 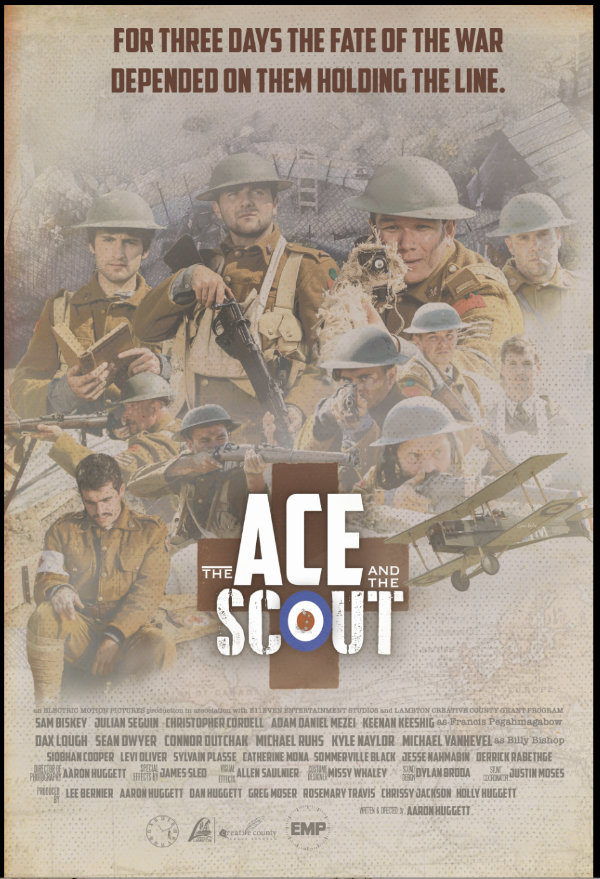