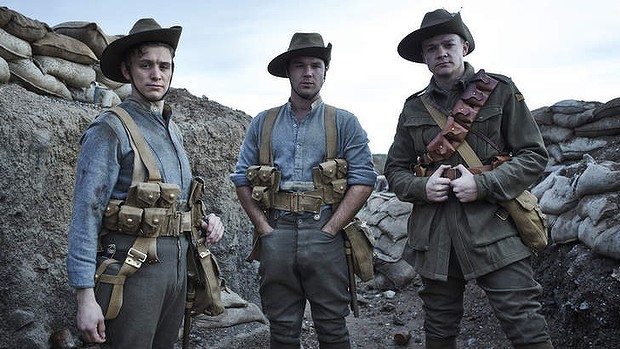 You find yourself trapped in the wrong part of the world, wearing a uniform not of your choosing, facing fears and perils that seem cruel, forced to bond with good-natured strangers. You don’t know who is running the show, but you do know that your life has no value to them. Who would have thought that I’m a Celebrity Get Me Out of Here and Gallipoli would have so much in common.

Granted, one is a surprisingly entertaining, ridiculous bowl of Cheezels, and the other is a thought-provoking carefully produced drama of national significance. But are they so different? The very “Australianality” displayed by the almost famous people in the jungle in Africa on live TV, five nights a week, is modelled on the burgeoning Anzac qualities that were born on that beach in Gallipoli. Tenacity and humour, in any situation, right? Let’s not take ourselves too seriously here now. Leisel Jones and Merv Hughes are diggers. (There is an enormous problem incorporating Marcia Brady into this audacious analysis, but it is not insurmountable.)

Gallipoli (Nine, 8.30pm) began almost unremarkably on Monday night. It’s a quiet document of catastrophe in a sea of showy ratings-grabbers. On reflection, that’s OK. Remembering that Gallipoli has been produced by some of the finest and most talented manufacturers of Australian television, we must believe that every decision was conscious, if not universally warranting applause. 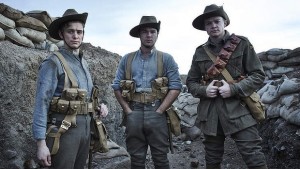 The decision to base this “definitive” series on Les Carloyn’s book was wise; Gallipoli was never going to be a Thorn Birds-style potboiler. Having Christopher Lee shoulder the responsibility of writing all eight episodes was risky, but the clarity and consistency of voice has made the gamble worthwhile.

The casting of so many unfamiliar young actors in the lead roles was inspired. There would be no Summer Bay confusion if we could not recognise those faces under all that Turkish mud. However, the inclusion of Ashleigh Cummings (Puberty Blues) and Justine Clarke (everything Banks and Edwards have produced during the past 15 years) is a massive clanger.

Nitpicking aside, this is a high-calibre piece of work, exhibiting good taste and restraint rarely seen on commercial TV. This is respectful television, bringing some clarity about the role of British command, the role of journalists and the hopeless nature of the whole endeavour.

Days later, I’m struggling to find clarity around the ratings battle that ensued between Seven and Nine’s “specials” with the survivors of the Lindt Cafe Siege. The presence of a red-eyed but empathetic Liz Hayes more than made up for 60 Minutes’ (Nine, Sunday, 7.30pm) lack of on-the-scene footage. Seven always had the home ground advantage, with head office right across the road from the scene of the crime. The re-enactments on 60 Minutes were ordinary, but the survivors’ accounts were articulate and compelling. The whole media event made for unsettling viewing.

That a modern day national tragedy was reduced to a ratings war, which was ultimately won by a cooking contest, leaves a very bad taste in the mouth. Anybody else feeling co-opted, manipulated, used and in need of a good bath?

And in all the brouhaha, hardly anybody watched Leisel Jones, one excellent capable digger, exit the jungle in Africa, leaving soggy beauty queens squealing and simpering for our enjoyment. It appears there is no place for Marcia Brady in the Anzac myth. She’s actually too nice to represent the cultural imperialism that saw Australian children calling biscuits “cookies” after watching Sesame Street. I hope Marcia stays. She’s an honorary digger and a very good sport.