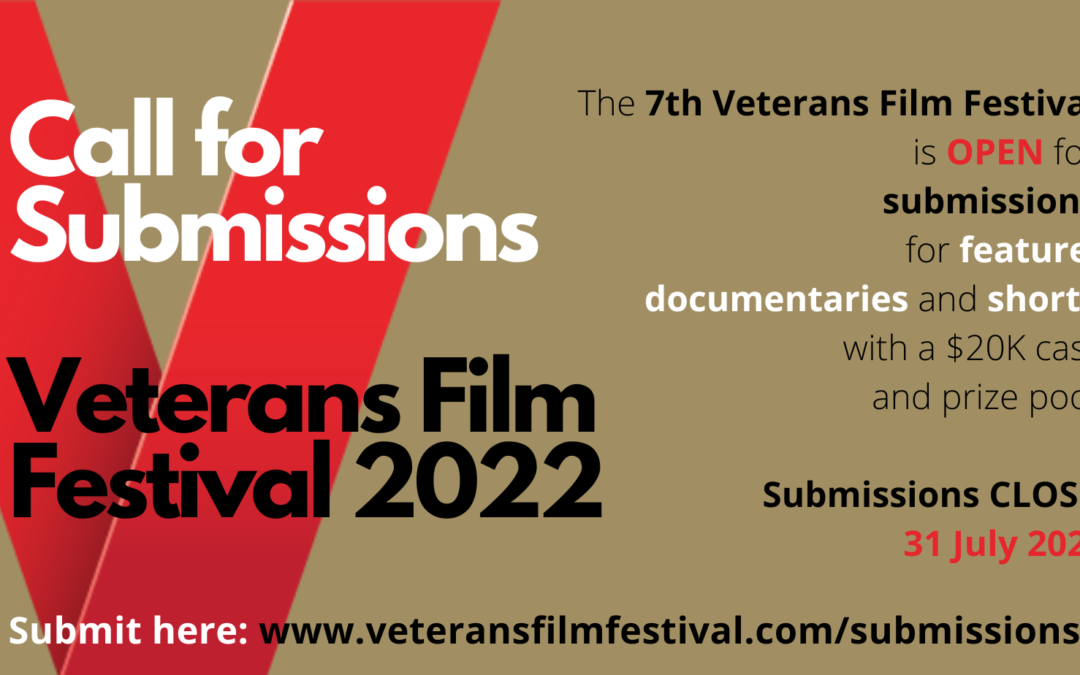 The 7th Veterans Film Festival (VFF) is is open for submissions for our forthcoming festival!

The VFF is an annual event that brings people together to explore recent work from veteran and other filmmakers providing diverse perspectives on conflict and veterans’ themes. It’s a festival of films and events for, by and about veterans and their stories.

The festival is now seeking feature films, documentaries, animation and short films from Australian and international makers, including students and first-time filmmakers.

Each year the VFF gives out the Red Poppy Award for Best Feature Film and Best Short Film. All films accepted into the official competition will be eligible to compete for the coveted Red Poppy Awards, cash and other prizes. The awards are inspired by ‘In Flanders Field’, a war poem written during the First World War by Canadian physician Lieutenant-Colonel John McCrae.

The closing date for film submissions is 31 July 2022. To enter, head to www.veteransfilmfestival.com/submissions