Beyond Her Lens
Length: 19:01
Country: Czech Republic
Synopsis – BEYOND HER LENS is inspired by the life and work of female conflict-zone photographer Jana Andert. It follows Alex’s (portrayed by prominent Czech actress Lucie Vondrackova) return to Prague as she attempts to piece together a sense of normalcy after shooting footage in Mosul, Iraq.
Director/Writer/Producer – Tereza Hirsch 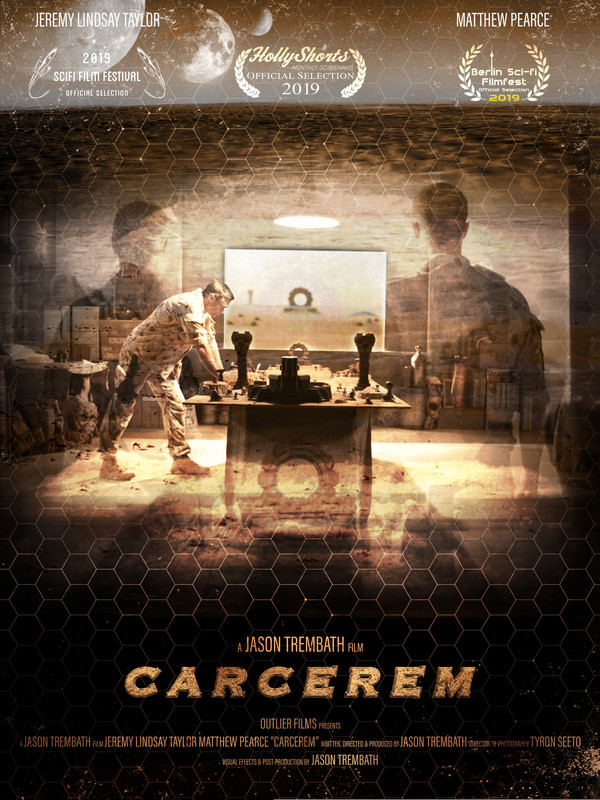 Carcerem
Length: 6:40
Country: Australia
Synopsis – A young officer wants to leave the desolate planet of Carcerem after completing his required tour of duty, but he is manipulated into staying by his obsessed Commanding Officer, who believes a war is coming.
Director/Writer/Producer – Jason Trembath
Cast: Jeremy Lindsary Taylor, Matthew Pearce 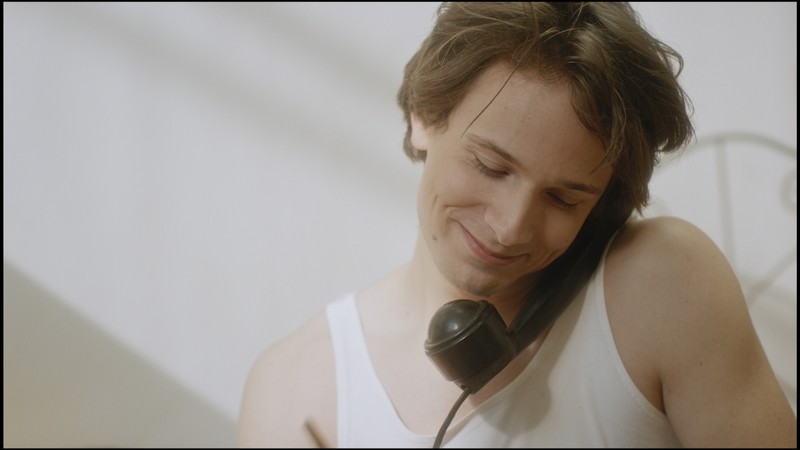 Carpe Diem
Length: 20:00
Country: Russian Federation
Synopsis – Instead of preparing for entering university a young man Tomash mocks at people calling random phone numbers. Especially he bothers old professor of botany Edward Cockerel with one and the same joke all the time. They both got used to these calls at 3 pm so much that they are eagerly awaiting them. Meanwhile the Nazis occupy Czechoslovakia.
Director – Irina Kholkina Minor Accident of War
Length: 10:00
Country: USA
Synopsis – A true story written and narrated by the man who lived it — Edward Field, 95 yrs old and a WWll veteran. In 1945, at 21 years old, Field was the navigator in the 8th Air Force during WWll. On his 3rd mission over Germany, his plane lost all four engines after being hit by flak and crash landed in the North Sea. Hanging on to one of the two rafts in the freezing cold water, a decision was made that to this day has affected Field. Field narrates his story.
Director – Diane Weis, Piotr Kabat
Writer – Edward Field
Producer – Diane Weis,David Finch
Cast – Edward Field
Animator – Piotr Kabat 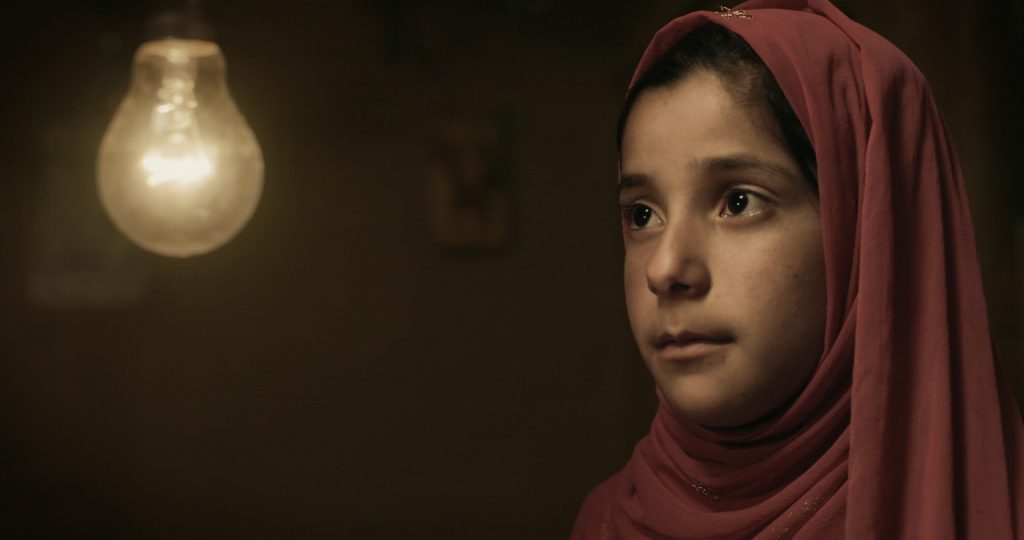 The German King
Length: 20:00
Country: USA
Synopsis – Set in 1914 at the start of World War I, The German King is the unbelievable true story of Rudolf Manga; a German raised African prince who becomes king after his father’s death. Upon returning home to Cameroon, he sees his people being subjugated and enslaved under Kaiser Wilhelmʼs II oppressive colonial rule. He realizes the only way to put an end to his peopleʼs suffering, is to lead a rebellion against the man he once considered his brother.
Writer/Director – Adetokumboh M’Cormack
Producer – Constance Ejuma, Adetokumboh M’Cormack, Pauley Perrette, Hanna Sturwold
Cast – Adetokumboh M’Cormack, Scottie Thompson, Constance Ejuma, Raphael Corkhill, Markus Jorgensen 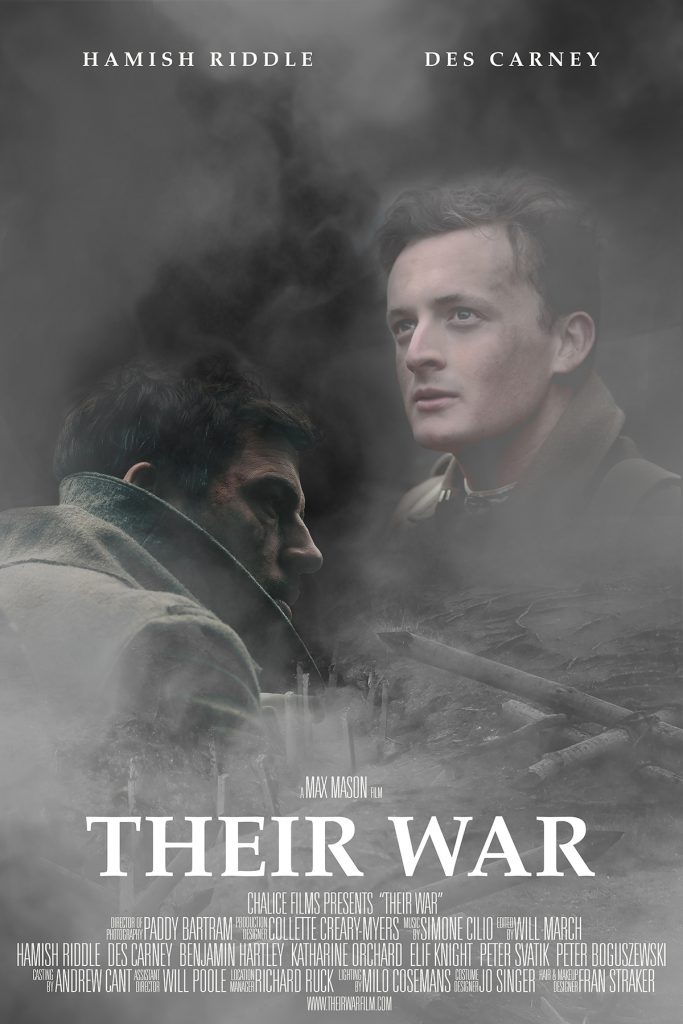 Their War
Length: 16:15
Country: UK
Synopsis – Two soldiers on opposite sides of World War One must do all they can to survive and get back to the families they left behind.
Writer/Director/ Producer – Max Mason
Cast – Hamish Riddle, Des Carney, Benjamin Hartley, Katharine Orchard, Elif Knight 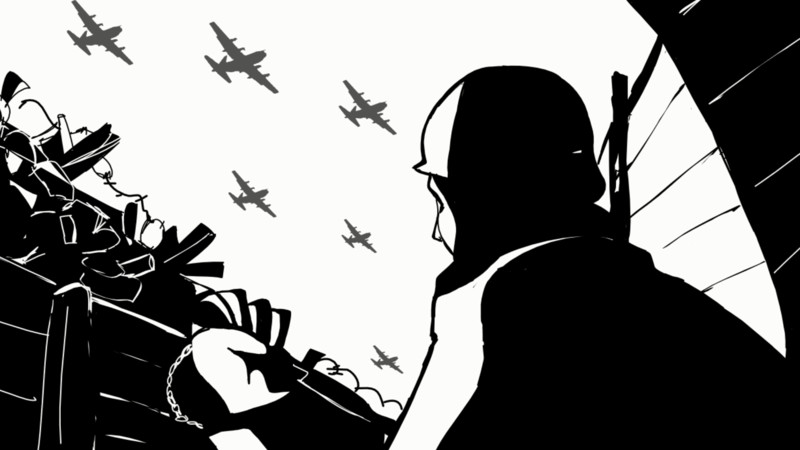 War Machine
Length: 6:31
Country: Bulgaria
Synopsis – “War Machine” deals with one of the oldest problems of the humanity – war. Painting a world not based on any particular conflict, but rather an amalgomation of several conflicts. Observing a world with no good and evil, in which war and it’s consumption of life has become a well oilled machine, allows me to explore the true nature of war – the act of killing. The act of mass produced killing. The act of stripping the humanity away from the people until they are nothing more than war machines.
Director – Iva Dimanova
Cast – Vladislav Budinov