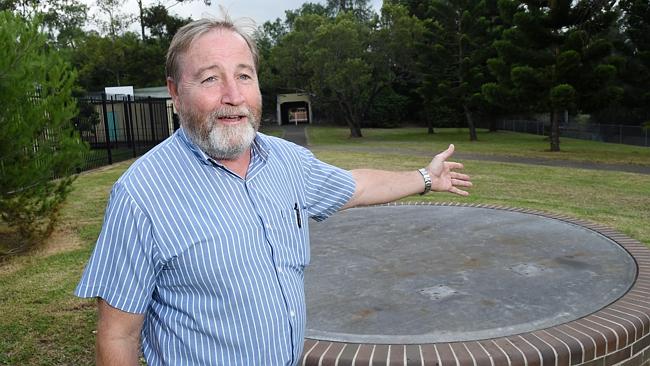 AN antique military gun in Western Sydney has sparked a war of words between Holroyd Council and Seven Hills RSL.

Last December the towed field gun, which had been on display at Wentworthville’s only war memorial for 40 years, went missing and has since turned up ‘behind enemy lines’ in the foyer of the Seven Hills Toongabbie RSL. 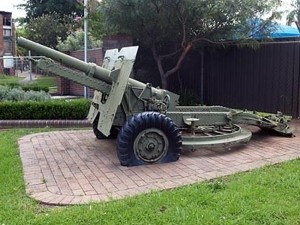 The gun had stood at Wentworthville Memorial Park for 40 years before it disappeared.

It is understood a tilt tray truck and boltcutters were used in the undercover exercise to relocate the gun in December last year.

Holroyd Mayor Greg Cummings said the memorial belonged to the residents of Wentworthville.

Cr Cummings said council had not involved the police at this point but vandalising a war memorial was a serious matter.

“It is a slap in the face for the people of Wentworthville and the desecration of the memory of the men the war memorial was built to honour,” he said.

According to council records, Wentworthville RSL Club obtained the field gun in 1975 after a ballot conducted by the Department of Manufacturing Industry.

However, when the Wentworthville club merged with Seven Hills and Toongabbie RSL clubs more than 10 years ago, the issue of who owned the gun was never formally discussed.

In 2009, Holroyd Council spent $73,000 refurbishing the gun and building the memorial site.

“We have looked after it and maintained the war memorial for decades and spent thousands of dollars restoring it after vandals damaged it a couple of years ago,” Cr Cummings said. 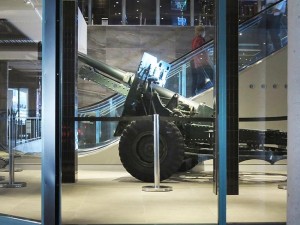 The gun has since turned up in the foyer of the Seven Hills Toongabbie RSL Club. Picture: Phil Rogers

A council spokesman said the Seven Hills RSL had written to council in 2010 insisting the gun remain at the memorial.

“While the Seven Hills, Toongabbie and Wentworthville sub branches have amalgamated it is our intention to continue the tradition of conducting a Dawn Service on ANZAC DAY for the local community at Wentworthville,” the 2010 letter said.

Cr Cummings said council had written a letter to the Seven Hills RSL sub branch and to the NSW RSL sub branch requesting the gun be returned immediately.

Members of the sub branch executive committee met with council representatives on Wednesday but are refusing to give the gun back.

Cr Cummings said the sub branch would meet on Sunday to decide how they would formally respond to council’s request but they indicated they would be keeping the gun.

Attempts by the Parramatta Advertiser to speak to a member of the sub branch executive committee were unsuccessful.

Holroyd councillor Ross Groves said the removal of the memorial was like ‘taking the sails out of the Opera House’.

“They have just come in and stripped it bare without council permission and have left a barren memorial leading up to a big year with the ANZAC centenary.

Wentworthville Memorial Park commemorates the First and Second World Wars, the Korean War, and Malaya emergency, Indonesian confrontation and the Vietnam War and is used for memorial services.