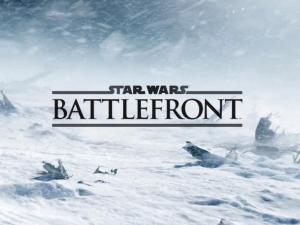 New rumours suggest that the forthcoming Star Wars: Battlefront will tie into The Force Awakens’ story and other entries in the saga…

Star Wars: Battlefront is, of course, a reboot for a series which began a little over a decade ago, now headed up by EA DICE instead of Pandemic. Since its announcement in 2013, we’ve known relatively little about it, though: Hoth and Endor are said to locations, and we heard late last year that Battlefront’s release will coincide with Star Wars: The Force Awakens in December.

Over on Making Star Wars, however, there’s a collection of new rumours surrounding the game, and while we’ll have to wait and see how accurate they turn out to be, what they suggest sounds highly plausible.

The first is that Battlefront’s campaign will take in the Star Wars saga in its entirety – something that isn’t too much of a surprise, given that the 2004 original took in everything from the Battle of Geonosis to the Battle of Endor. While it’s said that most of the campaign will take place in the time of the Original Trilogy, Battlefront will also take in scenes from The Clone Wars and Revenge Of The Sith.

What’s really interesting, though, is how Battlefront’s story will fit with The Force Awakens. According to Making Star Wars’ anonymous sources, parts of the game will also take place between Return Of The Jedi and this year’s sequel. There’ll also be sequences which tie in directly to the opening of The Force Awakens, with characters from that film able to be controlled by the player.

Story aside, Battlefront will also, it’s said, feature a 32-vs-32 multiplayer mode, while as many as five batches of DLC are planned, with some adding content like additional ships and vehicles from The Force Awakens.

If the rumours are accurate, it sounds as though Battlefront will go some way to tie the lore of the earlier films, with all their ships and characters, into the new stories set to be unveiled in the coming years. We’re intrigued to see how well the game pans out.

Via: Den of Geek