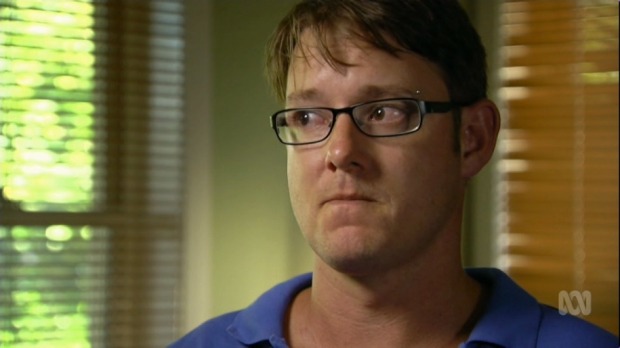 Hundreds, if not thousands, of Australian soldiers are struggling to access the financial help they need to recover from post-traumatic stress disorder once home, veterans and support agencies say.

ABC TV’s Four Corners on Monday night featured former soldiers undergoing gruelling therapy sessions to help them recover from PTSD, which has damaged their marriages, their relationships with their children and their careers.

They said speaking openly about mental health issues would have harmed their careers and receiving entitlements from the Department of Veterans’ Affairs was a long and arduous process that deepened their suffering.

He survived an IED explosion where a fellow soldier lost his legs, another IED explosion three days later that left one soldier dead, and then an Afghan Army soldier killed his best friend, Robbie Poate.

He was diagnosed with major depression and PTSD and discharged for medical reasons. Once home in Perth, he pursued his entitlements with the Department of Veterans’ Affairs. The drawn-out bureacratic processes worsened his condition. 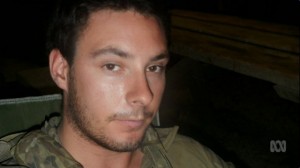 “Nine times out of 10, the experiences that I’ve had with myself and with other veterans is that the experience with DVA is a compounding factor, because of the time it can take for things to be resolved,” said Geoff Evans from volunteer group Soldier On, who helped Mr Tonkin.

In July last year, Mr Tonkin overdosed and died. His outstanding DVA claims were processed two weeks after his death.

The number of PTSD-related suicides among former soldiers are estimated to be three times that of Australia’s combat losses in Afghanistan. 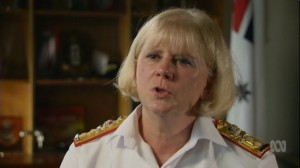 When reporter Quentin McDermott probed Rear Admiral Robyn Walker, who as Surgeon General commands the Joint Health Command, for more accurate suicide figures, she said that she did not know.

“We’ve heard those anecdotal reports as well, we haven’t been able to confirm that data. But my understanding is Department of Veterans’ Affairs is presently trying to get evidence for what that might be,” she said.

There are also 3000 veterans believed to be living on the streets. About 10 per cent of Australia’s homeless population are believed to be veterans, according to Homelessness NSW and Homeground Services. 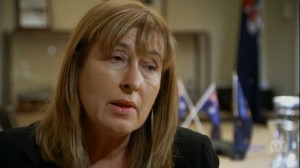 Geoff Evans, war veteran and now RSL volunteer who helps homeless vets, said soldiers felt like they were risking their Army careers if they spoke about mental health issues. There was a culture of silence and suffering.

“The problem is that if you were to flag that you were having an issue that would be the end of your career, not just kicked off the mission but you would likely not deploy again,” he said.

“So no-one that I know would ever stick their hand up and say ‘Yes I’ve been having a problem with this’ because that would mean the end of your, ah, ability to be there.”

He is calling on federal and state governments to overhaul funding and address housing needs for veterans.

“We can’t meet the demand with the funding we have because we’re in the red, we haven’t got sufficient funding,” she said. “We’ve been in the red now for the last three years, and we’re just desperate for donations to support the work we do with veterans.”

Former soldier Jamie Tanner, who was nearly killed in an IED explosion in Afghanistan in 2010, said he nearly punched his son at a theme park last November because the environment had intensified his anxiety levels. PTSD contributed to the breakdown of his marriage.

He wanted to stay in the Army but was discharged because he could not bear being posted in Wagga Wagga, far from his children in Brisbane. He said he received no help from the the Army in transitioning back to civilian life.

“Would I go back into the army now? No, I wouldn’t. Knowing the way that they treated me when I discharged, knowing the stigma that’s attached to mental illness, knowing that I’m now in a position where I’m coming out and talking publicly about having a mental illness, nah,” he said.

The Abbott government this week committed to sending a further 300 soldiers to Iraq.

For help or information, call Lifeline, 131 114, or visit beyondblue.org.au.