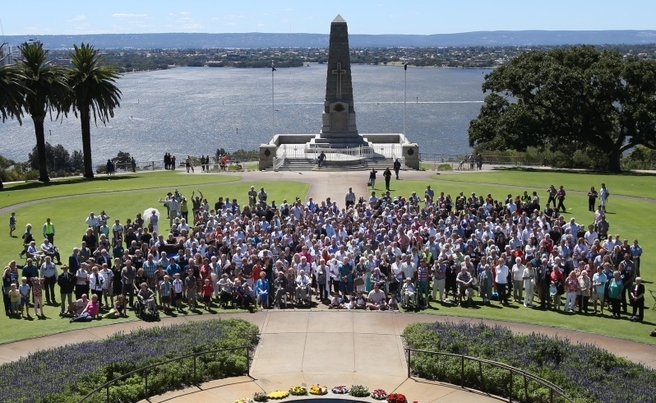 Hundreds of people turned out to Kings Park this morning to honour the memory of WA’s 11th Battalion, 100 years after the famous Cheops Pyramid photo was taken in Egypt.

Brigadier Duncan Warren read a brief history of the highly-decorated battalion, from the Anzac Day landing at Gallipoli to the battles of the Western Front and beyond.

Some among the crowd smiled proudly, others wiped tears from their eyes as they remembered the sacrifices of their countrymen and in some cases, direct forebears.

The WA Symphony Orchestra Choir sung a rousing rendition of the battalion’s song, Brave Battalion Eleven before the reading of The Ode, the playing of the Last Post and a minute’s silence. 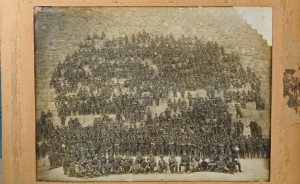 The original photograph of the 11th Battalion at Cheops Pyramid in 1915.

After the rouse was sounded, the 11th Battalion descendants gathered for a poignant group photo to mark the centenary.