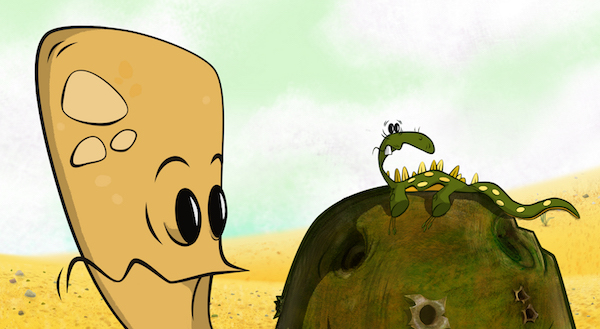 In a desert neverland a turtle and a lizard unwillingly get involved in a war between two powers. As a result, they both are put in a tough situation. The turtle can solve the problem but his decision has a cost.