‘Police trust everyone. That changed yesterday’: Officers on high alert after terror raids 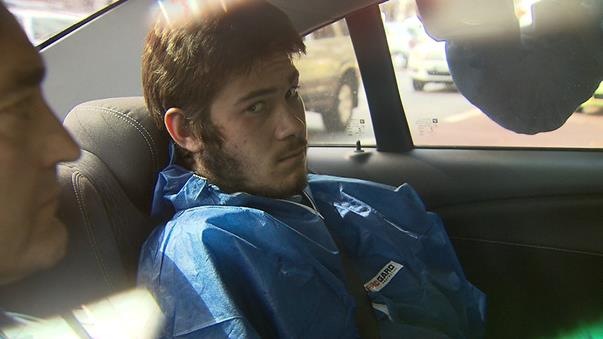 Police are being urged to exercise “extreme caution” after an alleged plot to attack officers on Anzac Day was foiled yesterday.

Sevdet Besim, 18, was refused bail over the alleged plot and will next appear in court on April 24.

Mr Besim, from Hallam in the city’s south-east, is the first person charged after five teens were arrested when counter-terrorism police carried out a series of raids yesterday morning in Melbourne.

Secretary of the Victorian Police Association Detective Senior Sergeant Rod Iddles said the arrests would have a “massive impact” on officers’ lives.

“[With] every interaction with a member of the public, in the background of the member’s mind [will be] ‘could this be an act of terrorism?’

He said an email was circulated to officers after yesterday’s raids urging them to keep an eye out for cars parked unusually close to police stations.

“The sad thing is, police officers go to work and they want to come home,” he said.

“A normal businessman might make 90 percent of decisions good and he’s a hero.

“If a policeman makes 90 percent, there’s 10 percent chance he won’t be coming home and the flag will be at half mast.”

He said additional measures would be enacted to protect officers and urged members not to wear identifying uniforms when off duty.

In all, five teens were arrested yesterday.

In addition to Mr Besim, another 18-year-old man from nearby suburb Narre Warren has been released and is expected to be charged on summons with prohibited weapons offences.

Another two men, aged 18 and 19, have been released pending further investigations. Both are from Narre Warren.

“We have found edged weapons, numbers of them,” he said.

Police have alleged the five arrested men, aged 18 and 19, were planning to target officers during planned attacks in the city on Anzac Day.

Prime Minister Tony Abbott has urged the public to not be put off attending Anzac Day events.

He commended the police on their work.

“This was a potential attack at an advanced stage of planning,” he said.

The Joint Counter Terrorism Team’s Operation Rising resulted in seven search warrants being executed at about 4am in the city’s southeast.

About 200 officers were involved in the operation.

Several of the men sustained injuries during arrest and were taken to hospital, but have now been discharged.

At a press conference yesterday, police said the teens were not related but described them as “associates” of each other and of fellow Melbourne teen Numan Haider, who was shot dead by police in Melbourne on September 23 last year after stabbing two counter-terrorism officers.

Haider, who was 18 when he died, had contacted terrorist group ISIL and can be seen in photos holding up the group’s black flag.

Police said this morning’s arrests were the “culmination” of Operation Rising, but they were still speaking to other members of the public.

The alleged plot is believed to have been “inspired” by terrorist group ISIL.

Victoria Police Acting Deputy Commissioner Shane Patton said people should be “reassured” by the arrests, the result of an investigation into the five which started last month.

“People shouldn’t feel threatened as a result of this,” he said.

He said the alleged would-be terrorists were “individuals acting by themselves”. 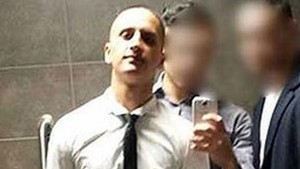 The searches will continue at the seven properties for several hours.

Mr Patton also urged people to be on the lookout at Anzac Day events.

“During Anzac Day commemorations we encourage people to continue with their plans, but remain vigilant,” he said.

“The community should be reassured by the increased police presence at events.”

Mr Cartwright said there was no indication yet the families of the arrested young men had any knowledge of the alleged crimes.

Victorian Premier Daniel Andrews thanked the officers for their bravery and admitted the state did not “completely understand” the threat posed by homegrown radicals.

However, he said the accused men were not “people of faith”.

“This is simply evil,” he said.