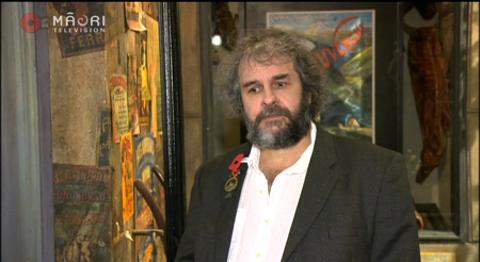 ANZAC ceremonies got underway in the capital today, bringing alive the memories and experiences of ANZAC soldiers who fought in Gallipoli 100 years ago through exhibitions and life-like displays.

You can smell the dirt and see many of the different cavalry used by the armies, their different uniforms, firearms and much more.

This is the first instalment of a three-part exhibition by Peter Jackson, the rest being unveiled in due course.

An exhibition of The Great War by the great director Sir Peter Jackson, despite his belief it was a hopeless battle.

“As a war, it was a hopeless war. A war for no reason. At no point was anybody fighting for anything that really meant anything,” says Peter Jackson.

However, the brave efforts of our soldiers are certainly nothing to criticise, which he knows first-hand.

The challenges faced by the soldiers were embodied in the exhibition. From the first time cavalry tanks were used in battle, to the different camouflage paint used in those days, through to turning old black and white photos into colour.

Ngawai Walden says, “You can see the pain and the sadness in those pictures, more so than you could when they were black and white.”

Ngawai Walden is the customer services manager of the exhibition. She says there’s something new for everyone to learn.

“I have a strong knowledge of the 28th (Battalion) during WWII, but we don’t know the same about what happened in WWI so I encourage everyone to learn about it.”

Walden says, “They did a great deal for us and we’re privileged to be living the way we do today. I pray for them and their great sacrifices at that time.”

Tomorrow the exhibition will open to the public.