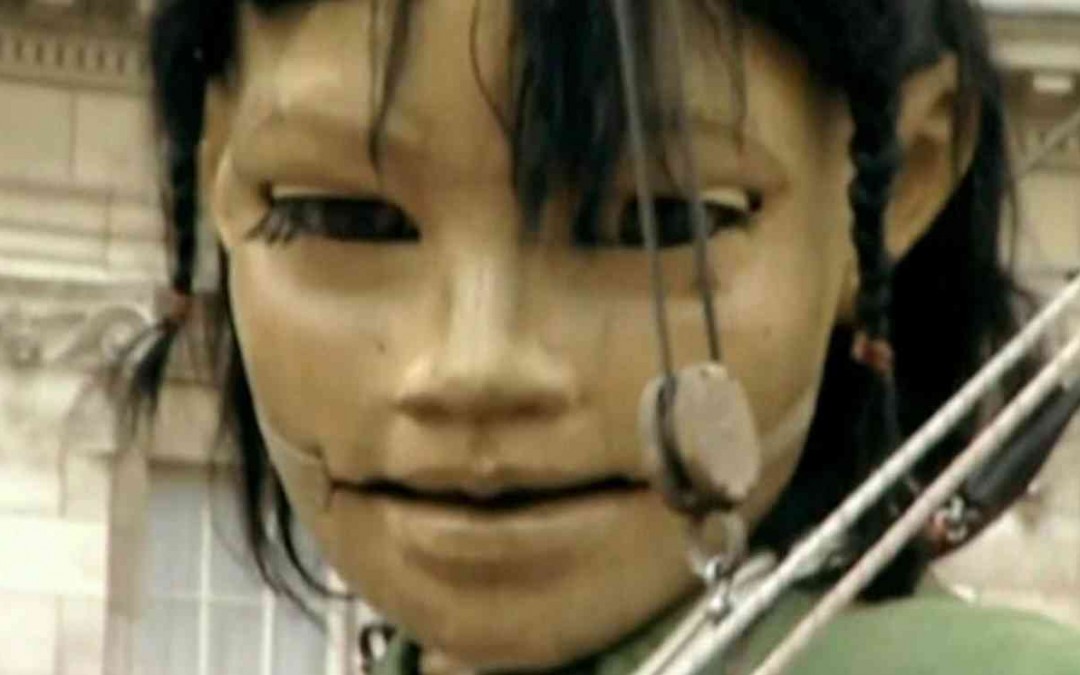 Perth has come to a standstill to witness the most epic artistic event in the city’s history, with hundreds of thousands of people dropping everything to watch a six-metre-high marionette walk CBD streets.

The Giants marionettes created and operated by French street theatre company Royal de Luxe will walk around the city for three days in a special ANZAC-themed production to commemorate the centenary.

The marionette, known as Little Girl Giant, awakened from her slumber, took a shower and then changed into a green dress and yellow raincoat before being craned onto a boat that “sailed” down Terrace Rd.

The massive throng followed her stroll along Riverside Drive to the Bell Tower, where she got into her car and took off down Barrack St.

Thousands more spectators lined her well publicised route in anticipation of her arrival.

City dwellers gathered on their balconies to watch, construction workers downed tools and pin-striped executives wrangled access to rooftops to take in the spectacle.

Meanwhile, outside the Wellington St train station, her 11-metre-high companion slumbered in a diver suit.

He’ll play a big role on the weekend, but for now, all eyes are on his smaller co-star.

She’s representing the lighthouse keeper’s daughter on Breaksea Island off Albany who famously farewelled the first convoy of Gallipoli-bound troops.

As the legend goes, she was the last person to wave them goodbye.

The massive marionettes require a team of 70 people to move the machinery that suspends them, while more than 300 volunteers will help them navigate the city streets.