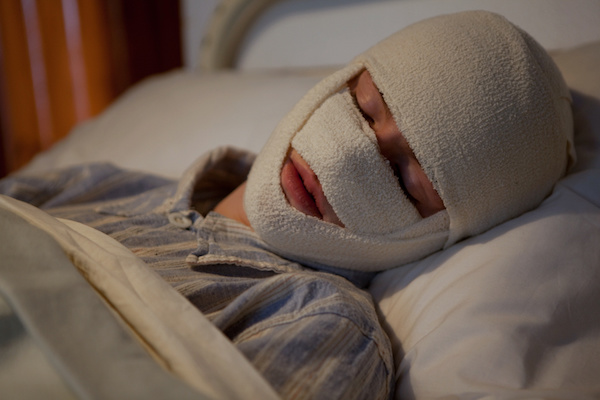 Synopsis:
When a soldier known only as Patient 39 awakes from a coma with no memory, so begins the search to discover his identity and past.

Atomium Films are delighted to announce the international premiere of short film PATIENT 39, starring Mark Bazeley (THE QUEEN) and Alfie Stewart (THE VILLAGE), adapted for the screen and directed by Dan Clifton from short story ‘The Ghost of a Bird’ by William Boyd.

‘PATIENT 39 is a superb adaptation of my short story “Ghost of a Bird”. Dan Clifton has captured, with tremendous skill and great judgement, the many nuances of the story and the result is both moving and powerful.’-William Boyd

Director’s Biography:
Dan Clifton is a writer, director and producer working across documentary and film.

As well as short film PATIENT 39, recent projects include a docu drama about a serial killer WEB OF LIES: JOB OF A LIFETIME. He is currently developing his award-winning feature-length screenplay REVELSTOKE with QR Pictures, and is attached to direct his sci-fi horror SIGNFICANCE, with Fantastic Films.