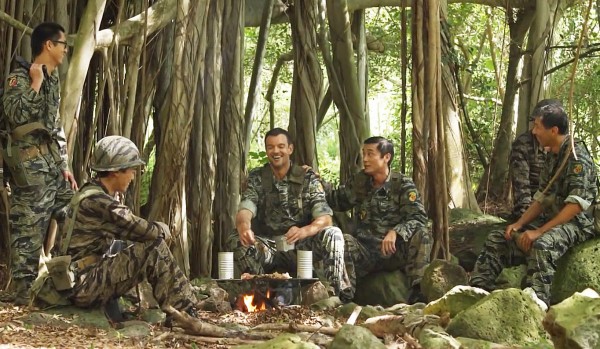 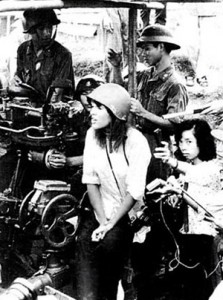 Crazed, drug-addicted “baby-killers” and “murderers” – for more than 40 years, that’s how many in the American media portrayed U.S. troops who fought in the Vietnam War.

And America’s Vietnamese allies didn’t fare much better; they were often depicted as corrupt, cowardly and unworthy of U.S. troops’ sacrifice.

In the 1960s, negative television coverage helped turn American public opinion against the war, the veterans and even the Vietnamese who fought to prevent a communist takeover of South Vietnam.

By 1971, John Kerry, a Vietnam veteran and now secretary of state, declared on national TV, “We wish that a merciful God could wipe away our own memories of that service.”

But is what Americans saw on television and in the movies an accurate portrayal of those warriors and their mission to halt the spread of communism? 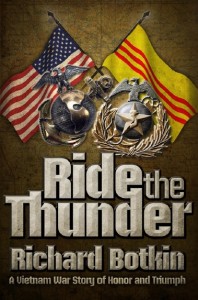 “Ride the Thunder: A Vietnam War Story of Honor and Triumph.”

Read the WND book that inspired the film, “Ride the Thunder: A Vietnam War Story of Honor and Triumph” – autographed at the WND Superstore!

Botkin says, quite frankly, Americans have been duped.

“The men who served in Vietnam are every bit as great as their dads and uncles who served in World War II,” he told WND. “The reason they’re not called the Greatest Generation is because Vietnam’s generation had people like Jane Fonda out there muddying up the waters and John Kerry. There were several hundred thousand junior officers who served in the Marine Corps and Army, and yet the only name that is ever recalled is Lt. William Calley. We’ve got to change that.”

After the war had been over for several years, former President Richard Nixon lamented, “No event in American history is more misunderstood than the Vietnam War. It was misreported then. It is misremembered now.” 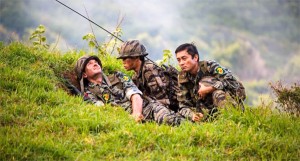 Many popular films dealing with Vietnam – such as “Apocalypse Now,” “The Deer Hunter,” “Good Morning, Vietnam,” “Rambo” and “Full Metal Jacket” – serve as great entertainment, Botkin said, but they often grossly distort the reality of the warriors who fought courageously to stop the spread of communism.

“They portray the American fighting man as doped, duped, a victim, in it for the wrong reason. And, when he comes home, he’s definitely marginalized and at the mercy of the military industrial complex,” Botkin said. “And our Vietnamese allies are portrayed even more negatively. They’re portrayed as corrupt, effete, not wanting to fight, not worth fighting for.”

But Botkin – who also authored the WND book that inspired the movie, “Ride the Thunder,” and has toured former battlefields in Vietnam and chronicled accounts of the Vietnamese Marines and their American Marine advisers – is adamant in his assertion that “those representations are just simply wrong.”

“The film is our effort to try and right the historical wrongs, to leave a more positive record of the American fighting man and also our Vietnamese allies,” he said. “Communism is evil. We were right to oppose it.”

Watch the trailer for the film, which will be released on March 27 at the Regency 10 theaters in Westminster, California, where it will be shown eight times a day for a week:

In the early 1970s, under President Richard Nixon’s “Vietnamization” program, the war was being turned over to South Vietnam. Botkin’s film tells the little-known story of a few courageous American and Vietnamese Marines who fought valiantly to thwart the Communist invasion – nearly saving South Vietnam – during North Vietnam’s all-out attack on South Vietnam from the DMZ known as the 1972 Easter Offensive.

In a true-life story, the film shows how, when the unrelenting North Viet­namese Army of 20,000 soldiers and 200 tanks reached the bridge at Dong Ha, their offensive was stopped in its tracks by a small force of just over 700 Vietnamese Marines and U.S. military advisers.

Read the WND book that inspired the film, “Ride the Thunder: A Vietnam War Story of Honor and Triumph” – autographed at the WND Superstore!

Even though the South Vietnamese Marines had nearly won on the battlefield, they would suffer terribly, starving and spending long years at hard labor after the war as part of the communists’ re-education process. 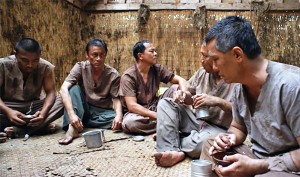 Actor Joseph Hieu plays Vietnamese Marine Maj. Le Ba Binh (second from left), who is held in a communist re-education camp in this scene from the film, “Ride the Thunder” 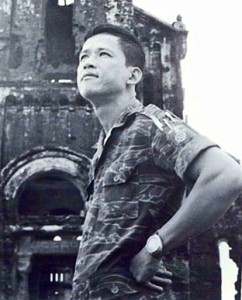 Lt. Col. Le Ba Binh stands in Quang Tri prior to being wounded for the 9th time, 1972

The film follows Vietnamese Marine Maj. Le Ba Binh, the main character played by Joseph Hieu, during his time at the communist camp in Nam Ha in 1979.

“We start with him in a re-education camp and having all these flashbacks,” Botkin explained. “During the flashbacks, we go to Vietnam, post-World War II, with him as a boy. We go to all the American people and Vietnamese people who were interviewed and appropriately tell the story through Binh’s life experience.”

Binh, a man with few equals in the war-fighting profession, served 13 years in heavy combat and another 11 years in prison camps. Despite numerous battle wounds and lost comrades, he showed unwavering courage in the face of extreme hardship. He was wounded nine times and awarded the American Silver Star.

“When the Americans went to Vietnam, they typically would go for 12 or 13 months,” Botkin explained. “But Binh was there for the whole thing. It’s through him that we tell the story, hoping to make the Americans see that their sacrifice was justified.” 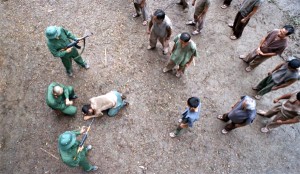 As the war ended, millions of displaced Vietnamese citizens fled the communist invasion. Hopeless citizens faced imprisonment and execution. On the morning of April 30, 1975, the Vietnamese Marine Corps ceased to exist after 21 years of combat.

“For them, telling the story has become more than just a job. It really is something they passionately believe in,” Botkin said. “All of these people are strongly anti-communist. They’re passionate, because they’ve suffered at the hands of communists. Their families have been killed or brutally tortured. They risked a lot and paid a heavy price for their freedom. I have nothing but respect for them.” 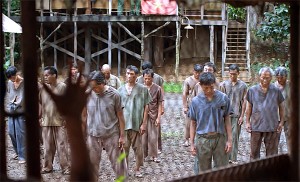 As for the U.S. mission in Vietnam, Botkin said the effort bought time for the rest of developing Asia to grow free of communist influence.

“When we went ashore in 1965, there were active communist insurgencies in the Philippines, in Malaysia, in Indonesia, Thailand,” he said. “The American effort – for all its flaws that people point out – stalled the communist expansion and allowed those economies time to grow. I just don’t think there’s any question that our effort was the right one.”

As for America’s reputation today, Botkin said, “We’re fighting a battle for our nation’s soul. People think America is a bad country. But America is the light of the world. We’re the good guys. 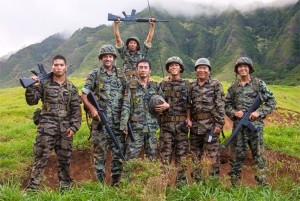