Monash’s lessons on the cost of war and our age 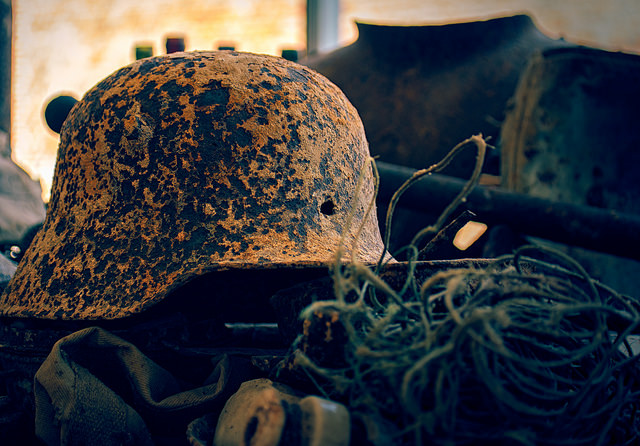 On 27 March 1918, near Franvillers, Major General John Monash stood on the heights overlooking the Somme Valley. He was alone, except for a single staff officer. In the distance he could see the German Army advancing behind a thin screen of retreating British troops. Since the commencement of their Michael Offensive on the 21st,the Germans had swept all before them. To reach Franvillers Monash had to force himself through refugees fleeing the Germans, and the detritus of the British Third and Fifth Armies retreating from the calamity that had befallen them.

Monash wasn’t alone for long. Soon the soldiers of his 3rd Division of the Australian Imperial Force began to arrive. As the battalions exited their battered transports, Monash directed them down into the valley of the Somme. Their orders were simple: stop the Germans. They were alone and no reserves were available. If they failed, the critical rail junction of Amiens would be lost and the Anglo–Franco front split.

This event demonstrates just how far Australian soldiers had progressed since the landings at Gallipoli nearly three years earlier. The image of the digger that Australia celebrates is that of an enthusiastic but amateur soldier who, despite his bravery, failed to achieve his objective. The green troops who stormed ashore at Gallipoli were little more than an armed mob in uniform, deficient in military skills and led by inexperienced and sometimes inept officers. In our celebration of Australian martial spirit and national identity, what is overlooked is that bravery is poor compensation for skill.

By contrast, those who strode down towards the Somme on that fateful morning in 1918 did so with grim purpose. There was no enthusiasm in their step, just determined resolve. They understood what was at stake and only wanted to get on with the job. These were veteran troops at the peak of their craft, led by skilled officers and guided by efficient staffs. They knew the business of war. At the risk of offending Australian sensibilities, they were professionals.

And they did the job which Monash had entrusted to them. The Germans probed the still forming Australian positions and the diggers responded with well-aimed rifle and machine gun fire that left the ground thick with the enemy’s dead and wounded. A further German push two days later met the same fate. The German advance had been halted.

What was the difference between the amateurs of Gallipoli and the veterans of the Somme? When Monash took over the 3rd Division in 1916 he implemented a vigorous training program and drove his men hard. From individual to section training up to unit and formation manoeuvre, Monash drilled his men. He was an innovative leader who sought out advantage where he could find it, but there was more at work. His men had been through the cauldron of battle many times; by now they knew their job. Leaders had been tested and those not capable removed. War’s ruthlessness had done its work in bringing the most competent to the fore.

There are lessons here. First, there are no natural soldiers. Rather, soldiers are made and they must be made well, and Monash knew this. Second, it’s better to achieve military excellence for possible wars before war comes. If not, excellence may be achieved but only after the spilling of much blood and the loss of soldiers for little purpose, the fate that befell those poor souls serving in the 8th Division of the Second Australian Imperial Force in Malaya in the Second World War, for example.

In peace, training must be ruthless and the inefficient rooted out. The mind must also be trained and investment made in educating leaders in military history, the theory of war and strategy. As I suggest in Forging Australian Land Power: A Primer, civilian decision makers must make a similar investment in military learning. No training and education can replace the experience of battle but it can narrow the gap between peace and war. And the narrower the gap, the better the preparation, the more likely it is that Australian soldiers will achieve their mission and at a cost that is acceptable to the nation.

As we again prepare as a nation to celebrate the ANZACs of yore, as our threat environment shifts to a more challenging one, and as international tensions rise and climate change destabilises the environment in which we live, it’s worth again remembering the words of Vegetius: ‘if you want peace, prepare for war.’ Or, to paraphrase Monash’s final lines from his volume on the Australian victories in France: Australian liberties can only be preserved by an army of trained and ready soldiers.