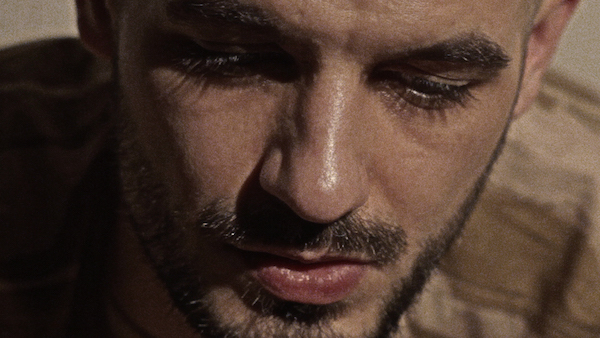 Synopsis:
A sunset, helicopters, machinery.. just like the Futurists.. he believed in the beauty of all of it. Unaware how gruesome and raw the reality of it really was. He couldn’t have imagined anything as horrific as what he’s seen. Humans are animals. Nothing more. It was all too much. Now he’s back here. “Home” – all alone – trying to deal with all of what he’s seen.

Director’s Biography:
Eni Brandner is a European filmmaker, animator and visual artist. In her work she likes to reflect on social-critical thematics and to experiment with creating narratives from fragmented visual elements.

After studying Multimedia Art (Salzburg, Austria 1999-2003) and Animation & New Media (Zagreb, Croatia 2003-2005), she has collaborated with directors and artists from different disciplines as an animator and digital artist. After showing her first film ‘Granica’ at several international festivals – to great success, receiving four awards – she was approached to make music videos.

Since making her first music video, for ‘Inside’ by Ghost Capsules, she has continued to work with artists such as Bomb The Bass, Broad Bean Band and more recently, Love Amongst Ruin, her video for their acclaimed single ‘Modern War Song’ receiving it’s global premiere on Billboard.com.