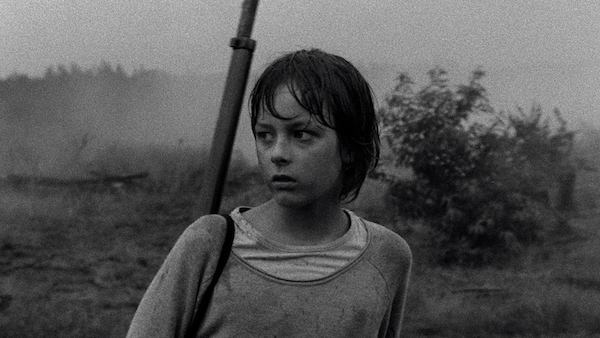 Synopsis:
Berlin. Grisha, a Russian-German boy, fools around with a wooden stick toy gun. The longer he plays, the further he is thrust into an altered reality. The boundaries between the past and the present, the real and the surreal, start to blur. Images from bygone Berlin appear; streets and buildings still carry the memories of war. Suddenly, he is caught in a nightmare of another lifetime, nightmare that is still present today. “Come & Play” is a film about the memory of a place. Time does not disappear and the past does not go away. Everything coexists in one moment.

Director: Daria Belova
Daria was born in 1982 in St. Petersburg, Russia. She studied Russian literature and language in St. Petersburg State University. After the university, Daria worked as a journalist and a deputy editor for magazines in St. Petersburg and Moscow. In 2008, Daria moved to Berlin and enrolled in German Film and TV Academy (dffb, Berlin) where she is currently a student in film direction. Daria makes films and video art.