It Would Piss Me Off to Die So Young 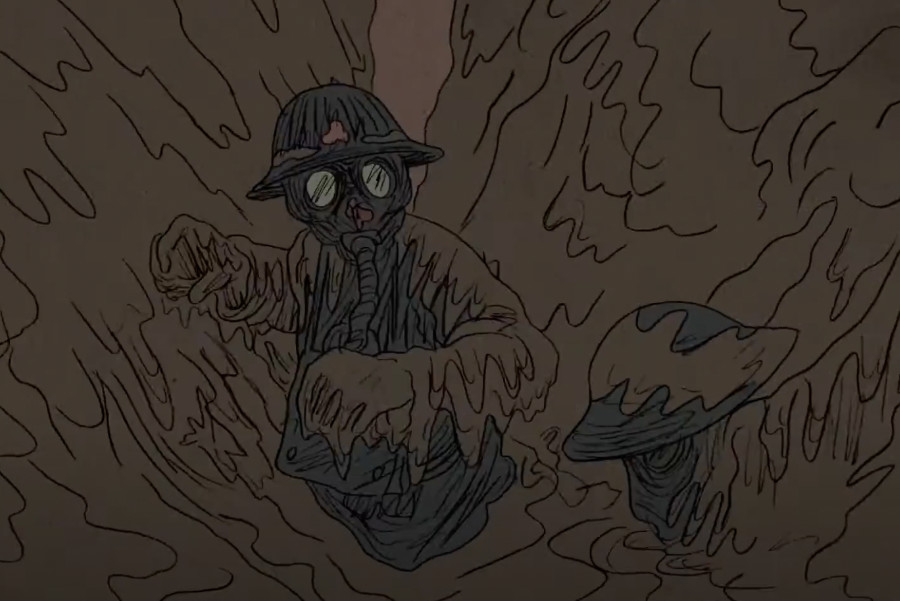 Several soldiers, hidden behind masks, march off to war. This impressively animated story takes us on a battlefield journey to inevitable catastrophe. It is the First World War and a Portuguese soldier, wearing a gas mask, hides from the abstract fog. As he inhales mustard gas, symbolic visions appear before him in a claustrophobic series of events.

Oh, little soldier, jaunting happily towards the war, you pay no heed to the red petal you carry, marking the ones who’ll fall. Such petal is the sign of the mustard yellow death that will smother you in the pestiferous, muddy trenches. Not, however, without introducing you to some of the damned that have left already, and who are waiting for you in the fields of desolation