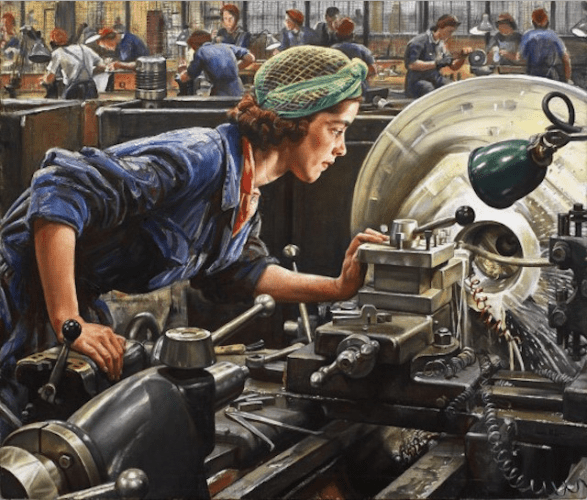 In a culture dominated by fast-fashion and low-cost clothes shops, it’s difficult to imagine ourselves having to reduce drastically the quantity of our clothes, shoes and accessories. During the Second World War, a clothes rationing scheme was introduced in the UK on 1 June 1941, after food rationing started in 1940. 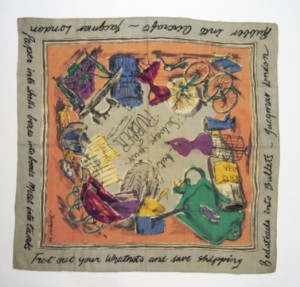 The Imperial War Museum’s new exhibition Fashion on the Ration explores how fashion was influenced by the war and how it survived and even flourished during such difficult times. The exhibition, which focuses on a completely new topic for the museum, also commemorates 70 years since the end of World War II.

The 300 objects on display include military outfits, everyday clothes, artworks, paper documents and historical material including voice recordings. Alongside army uniforms, you’ll see prototypes of ‘utility clothes’ that people used to wear during wartime and even scarves printed with propaganda messages. It emphasises the importance of the concept of ‘make, do and mend’ and recycling after rationing was introduced. 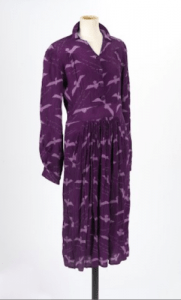 What’s really striking is a series of luminous buttons and flower-shaped brooches sold at the time by Selfridges. These objects were used by women to make themselves visible during the daily safety blackouts and avoid crashes with pedestrians and cars. Another object that deserves our attention is a specially-designed handbag complete with gas mask — which looks surprisingly fashionable.

The variety of pieces on display is remarkable and illustrates what a great collection the museum has. Even though this exhibition is about fashion, it has a very strong focus on the historical period during which that fashion was produced and will convince even the more sceptical.

Fashion on the Ration: 1940s Street Style runs from 5 March-31 August at the Imperial War Museum, Lambeth Road, London SE1 6HZ. Tickets are £10 for adults and £7 for concessions, prebooking online is suggested. For more great art to see in London, visit our list of top 10 exhibitions in March.