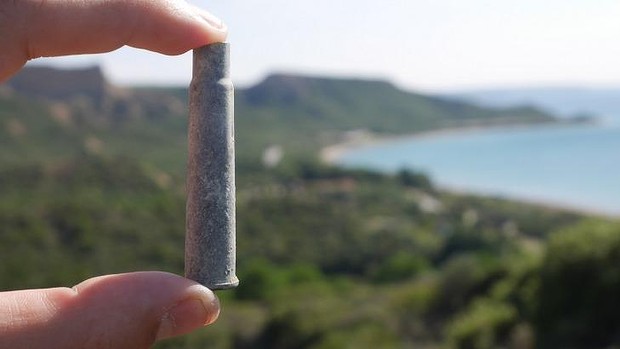 Photo: Nick Miller
Gallipoli, Turkey: Two middle-aged historians are standing in ditches throwing rocks at each other.
They’re on the Gallipoli Peninsula, where a five-year project to make a detailed survey of Australia’s most treasured battleground is in its final year.
Dr Richard Reid flinches as a particularly well-flung stone lands next to him. 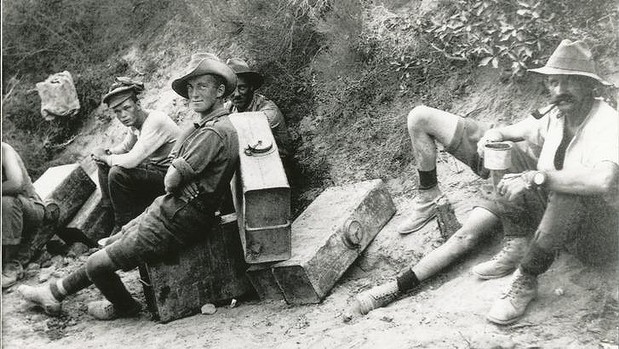 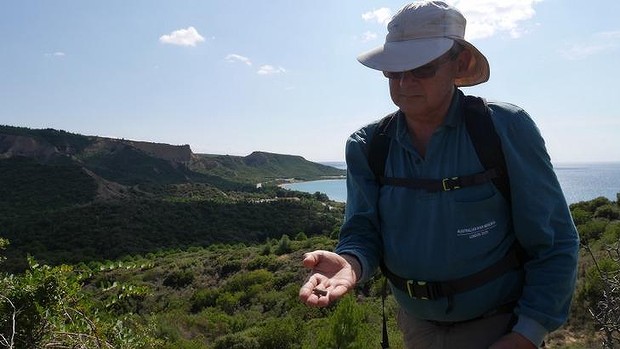 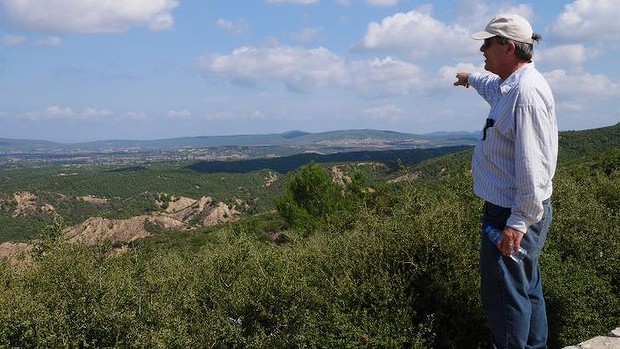 Dr Ian McGibbon looks over the battlefield.
Dr Ian McGibbon looks over the battlefield. Photo: Nick Miller
They are hacking into the peninsula’s thorny bushes to rediscover a lost city: an incredible maze of zig-zagging trenches, of caved-in tunnels and old fortifications.
“We are trying to find out what’s still there and what we can learn from it,” says Mr Harrington.
The ground is fragile, eroded and packed with stubborn, vicious foliage. But it is one of the biggest surviving World War I battlefields and one of the best-preserved. Unlike the Western Front it has not been farmed or reworked. Secrets lie beneath it still: rain exposes old bones, bullet casings and artillery fuses lie on the earth, rusted barbed wire runs along the old frontline and old food tins hide under the leaves. 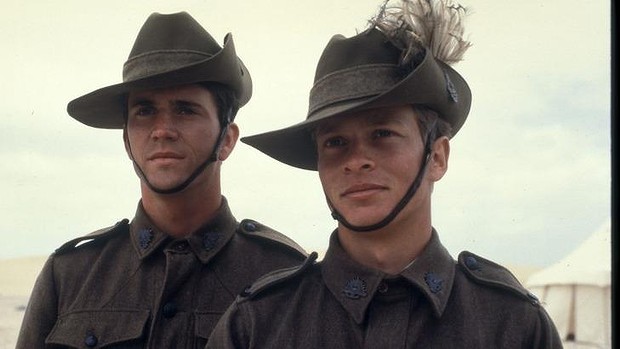 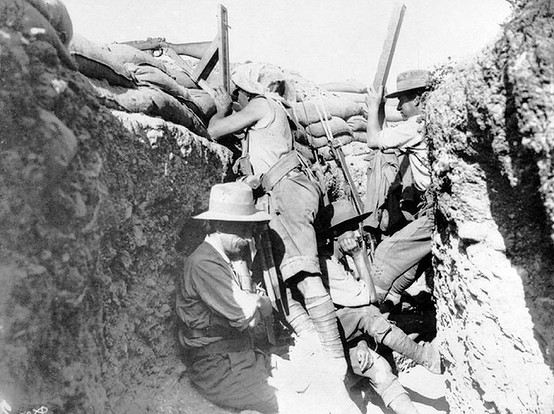 They were Diggers, after all. And the size, position and shape of the trenches tell their own stories: where was the enemy, what were they pushing toward, what were they sheltering from, how did they live – and how did they die.
“The underground war is a huge thing,” Dr Reid says. “From May 1915 until virtually the end of the campaign there was aggressive tunneling. A Turkish officer once looked over at the Anzacs and said ‘there is so much earth coming up I thought the Australians were digging to Constantinople’.”
Along the way the team hope to identify the locations of famous stories from the way – such as the trench where the first Turkish prisoner was taken on April 25, halfway up the hill from Anzac Cove.
And Dr Reid found at the Australian War Memorial the old diary of an Australian engineer, who recorded in precise detail the trenches, saps and tunnels under his charge.
“He talks about lying in this tunnel listening for the Turks,” Dr Reid says. “He says he was getting a cold as he lay there, trying to catch the sound of the picks of the enemy digging their own tunnels towards the Anzacs. It was cold, and wet, and dark and awful.”
Pinning down the location of that tunnel was significant for Dr Reid – one of those moments historians love when the past is found still impressed on the present.
Professor Tony Sagona leads the field work. After the ‘bush-bashing historians’ find sites of interest, his team follow up with the detail, recording precise GPS locations of trenches and artefacts, taking photos, bagging and tagging.
“An individual find doesn’t tell us much,” Professor Sagona says. “But we look at patterns – and what those patterns tell us about human behaviour. Home-made bricks show us where the Ottoman trenches were. Barbed wire shows us the front line. Bully beef cans on the Anzac side show us where they ate, brick ovens on the Turkish side show us where they cooked.
“It is fascinating. But at the end of the day, in a contemplative moment, you realise what a tragic place this is.”
The team hope the information they compile and the maps they generate will allow the Turkish government to take the next step in exposing and memorialising this historic area.
They will release a book about their work and the new insights it has brought – and there are plans for an exhibition as well.
The search for Maori headquarters
Sometimes archaeology is like looking for the proverbial needle in a haystack.
For Dr Ian McGibbon, the haystack is Gallipoli and the needle is a Maori tiki.
Dr McGibbon is New Zealand’s representative on the Gallipoli project. He’s part of the team, only occasionally teased for his nationality.
But his dream is to find the trench where the Maori contingent at Gallipoli set up their ‘headquarters’ – the Maori Pah.
The Maoris carved a tiki, and graffiti identifying the Pah, into the rock face of their position.
Dr McGibbon is desperate to find that tiki – but he’s running out of time.
“It would be just sensational,” he says.
It was on a branch of a big sap (a trench dug from within, rather than from above), which he believes he has identified within the Gallipoli scrub.
But so far the Pah has eluded him.
“It’s like a treasure hunt in a way,” he says (a colleague jokes it would also win him a knighthood).
And he’s not the only person keen to find it. Film director Peter Jackson is keeping in touch.
For several years Jackson – whose grandfather won a medal at Gallipoli – has been planning a film as a companion piece to the original Peter Weir Gallipoli, to tell the story of the whole campaign.
“That story is yet to be told on film, so I’d like to do that,” he told an interviewer.