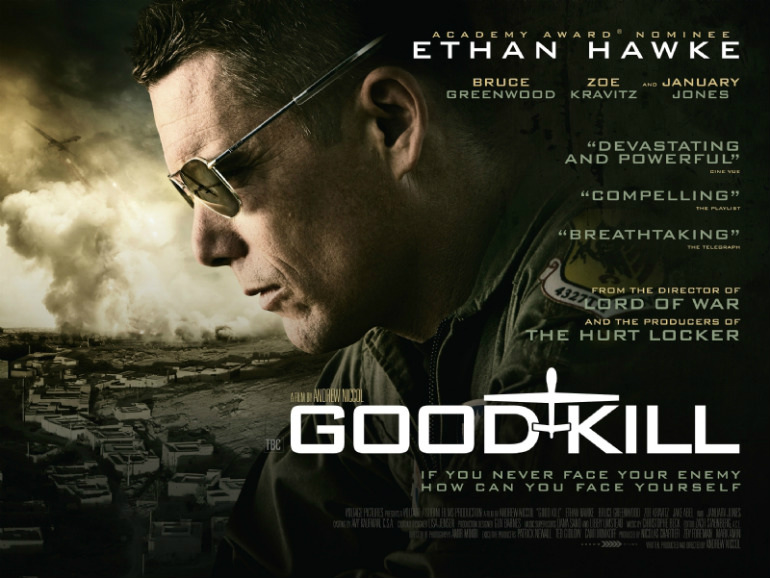 In the shadowy world of drone warfare, combat unfolds like a video game–only with real lives at stake. After six tours of duty, Air Force pilot Tom Egan (Ethan Hawke) now fights the Taliban from an air-conditioned bunker in the Nevada desert. But as he yearns to get back in the cockpit of a real plane and becomes increasingly troubled by the collateral damage he causes each time he pushes a button, Egan’s nerves—and his relationship with his wife (Mad Men’s January Jones)—begin to unravel. Andrew Niccol (Gattaca, Lord of War) directs this riveting insider’s view of 21st-century warfare, in which operatives fight unseen enemies from half a world away.