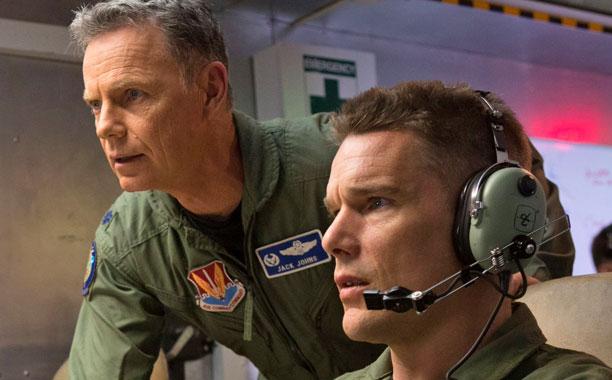 A family man begins to question the ethics of his job as a drone pilot.
A fighter-pilot turned drone-pilot, based in Las Vegas, fights the Taliban by remote control for twelve hours a day, then goes home to the suburbs and feuds with his wife and kids for the other twelve. But the pilot is starting to question the mission. Is he creating more terrorists than he’s killing? Is he fighting a war without end? One soldier’s tale with epic implications.