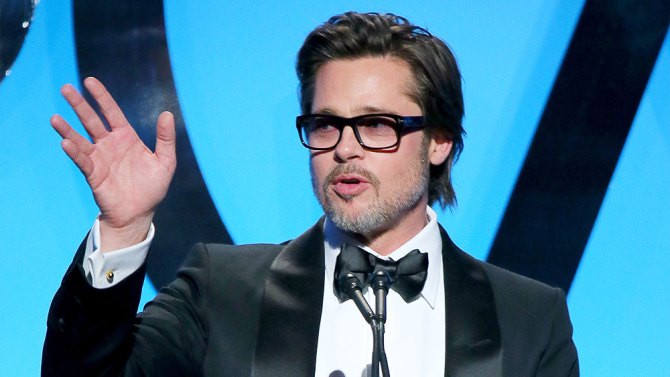 EXCLUSIVE: Netflix has acquired distribution rights to War Machine, the David Michod-directed drama which will star Brad Pitt as a four-star rock star U.S. military general. The character is patterned after Gen. Stanley McChrystal, for a time the commanding general of international and U.S. forces in Afghanistan. The film is a satirical comedy inspired by the bestselling book The Operators: The Wild And Terrifying Inside Story Of America’s War In Afghanistan, by the late journalist Michael Hastings. Script was written by Michod, whose credits include Animal Kingdom and The Rover. Pitt and his Plan B cohorts Dede Gardner and Jeremy Kleiner will produce with Ian Bryce.

This picture package was on Deadline’s list of his Cannes titles, but Pitt and his reps have for several weeks been down the road with Ted Sarandos and his Netflix cohorts on an alternative strategy. With this deal, Sarandos has an opportunity to make the kind of seismic move in features as he did with TV series like House Of Cards. This will be the biggest investment Netflix will have made so far in a feature film, in the $30 million range. It is also the first time Netflix has really gotten hold of a film with one of the biggest global A-list movie stars, in his prime, along with his producing cohorts whose recent credits include Best Picture winner 12 Years A Slave and Best Picture nominee Selma.

The streaming service continues to establish itself in countries around the world — it just announced Italy, Portugal and Spain to raise its penetration to more than 150 countries — and is expected to be in even more by the time this movie is ready for a qualifying theatrical run, and then a big Netflix worldwide bow late in 2016.