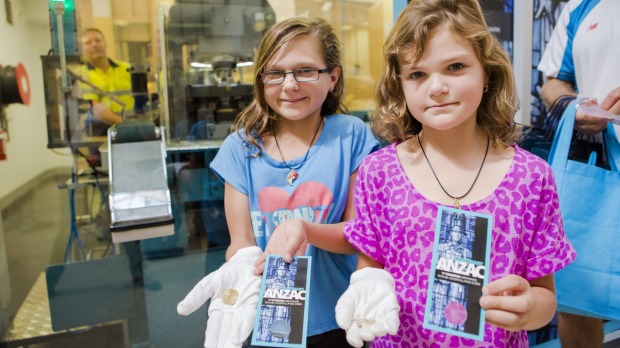 The first new Australian coin of 2015 will honour the country’s fallen soldiers in the lead up to the Anzac Centenary.

The new $1 coin design, which was unveiled at The Australian Mint in Canberra on Thursday, features soldiers, a bugler, a cross and a depiction of the Gallipoli coastline.Designers worked alongside the Australian War Memorial to capture the sombre but important period of the 100th anniversary of the Gallipoli campaign, Mint CEO Ross MacDiarmid said.

“The Mint takes its role as a chronicler of Australian stories very seriously, in particular when commemorating our role in the First World War,” he said.

“We are proud to continue to craft coins which share the stories of Australians in war, conflict and peacekeeping, through treasures which will be cherished and handed down for generations to come.”

The coin will become part of the Mint’s Official Anzac Centenary Coin Program.

It would provide visitors to the Mint with a memento of Canberra but also the opportunity for the general public to take home a piece of Anzac Centenary history, Mr MacDiarmid said.

The coin will only be available at the Mint in Canberra for $3.

Two other collectable coins will feature the Anzac Centenary design in gold and silver, to be sold for $300 and $50 respectively.