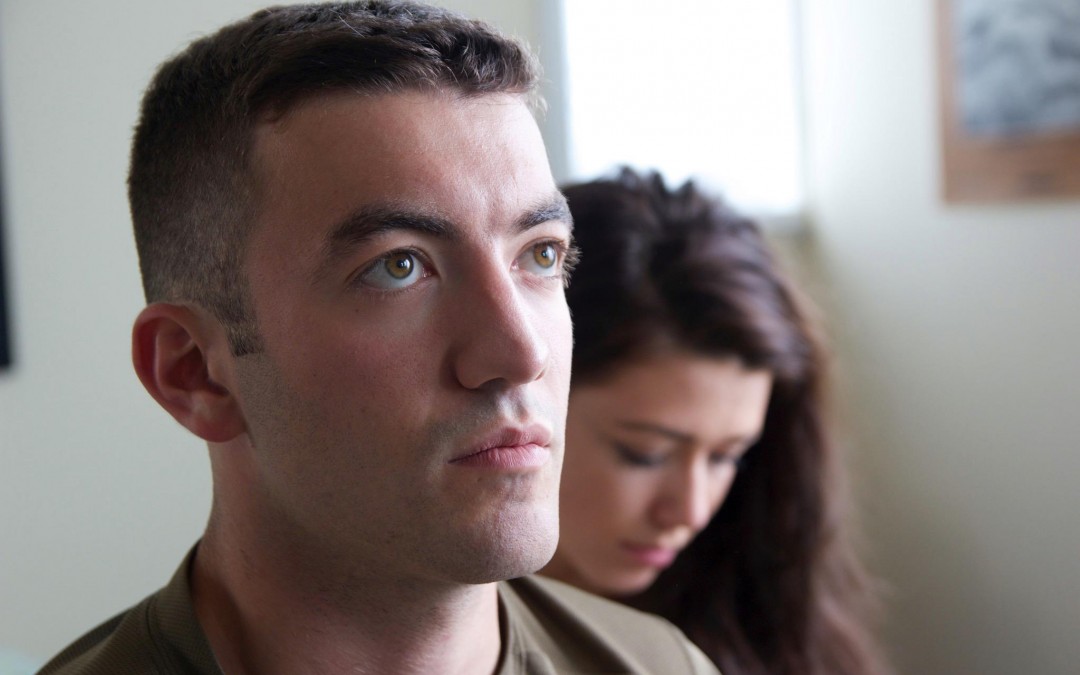 Rob, a young soldier wearing a war-torn uniform, walks towards an imposing tower block. He calls the intercom at the entrance, gripping a red box in his hand. As a woman answers, Rob nervously manages the most muted of greetings. Told over two periods in time a year apart, ‘Desertion’ follows a young couple grappling with the difficult choices life has thrown at them. A year earlier Rob is a determined, focused young man on his way to war. Kim, an idealistic young woman with her dreams untarnished, hopes that if she waits Rob will one day return to her. An unexpected discovery forces Rob to dig deep into his conscience, and make a decision that will shape their futures which ever way he chooses… A year later and the consequences of this decision begin to unfold as he tries to connect with Kim through the intercom. But Kim now carries the wariness of someone who has learned some harsh life lessons. Lessons that have left a deep scar – and a desire to teach Rob what war really means.