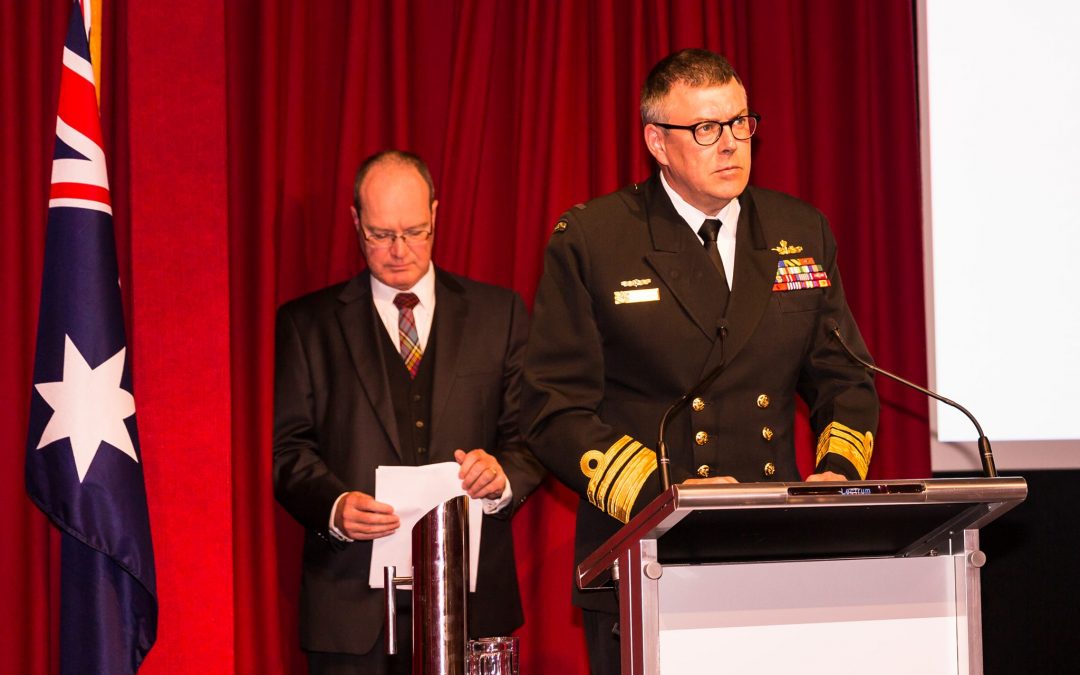 The Vice Chief of the Australian Defence Force, Vice Admiral Ray Griggs, says Defence will partner with the Veteran’s Film Festival in 2017 to help the festival reach even more serving personnel and their families.
VADM Griggs used the closing night of the three-day festival at the Australian War Memorial to make the announcement which should see a bigger defence-audience and new screening venues for the event next year.

Festival Director Tom Papas says the support from Defence is recognition that the festival’s focus on sharing the stories and experiences of people who serve can play an important role in helping people understand that service is more than just a job.

“The people who serve never enlist by themselves. Behind them is always family, partners and friends,” Tom said. “When loved ones are deployed to areas of operation those left behind are also dealing with the realities and possibilities of active service.”

“Our festival is about helping people share their experiences – the highs and the lows – and the response we had to the selection of feature and short films at this year’s event shows that people are really interested in this topic.”

Tom believes the success of this year’s festival, which was support by the National Returned Services League, the National Australia Bank; Military Shop and the High Commission of Canada, has set the scene for a new cultural event for both Canberra and Australia.

The event organisers have asked Military Shop Managing Director, Stephen Davie, to join the Festival Board to help coordinate future events. Military Shop was one of the first supporters to join the 2016 festival and used its strong links across the services and into the wider community to share the importance of understanding issues impacting today’s veterans and families. Military Shop’s design team also created the unique Red Poppy Awards.

More than 250 films were submitted to the festival judging panel, with only the best in each category selected for screening at the three-day event.

The Raven directed by Jennifer Perrot, won the Red Poppy Award for Best Australian Short Film as it explored the impact of PTSD as serviceman returns from deployment and struggles with his internal demons. It also took out the Best Female Actor Award, which went to went to 9-year-old Indianna Gregg from Sydney.

Senior diplomatic and military dignitaries from the countries represented in the festival, including Canada, UK, USA and Iran, were on hand to accept awards on behalf of their filmmakers.