Captain America: Civil War Is Packed With Heroes And Villains, Will Lead Into Infinity War

Captain America: Civil War is the first big Marvel blockbuster for 2016, and from what we are hearing, it will be designed to set up Avengers: Infinity War. We’ve suspected this for quite some time, but actor Chris Evans, made it official.

We already knew Civil War would contain several heroes and villains, but from the way Evans explained things, it appears this movie will be crammed to the point where it could be seen as an Avengers movie. There’s no Avengers film in 2016, so Marvel and Disney could be looking for a billion-dollar earner for the year, hence the need to cram it. 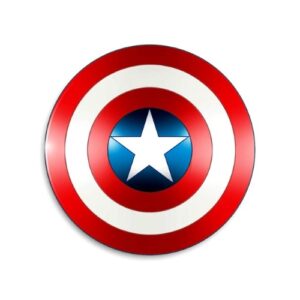 In our eyes, we believe the next Captain America movie should be a proper third film for the hero instead of a set-up to Infinity War.

For those who have no idea what is going on, the Infinity War storyline is based off a comic mini-series from 1992. The story is expected to see the coming of Thanos to Earth, and the Avengers must prepare for the most difficult battle the team has ever faced.

Thanos, who is also known as the Mad Titan, is a being who doesn’t fear death, mainly because he was made immortal. He also doesn’t fear it because he has been living for a long time, so nothing much apart from pain and destruction matters to him.

The Avengers will have no choice but to put their petty fight behind because this villain doesn’t play around. Thanos’ main goal for coming to Earth is just to pick a fight, and boy, he’s going to bring it. It should be interesting to see what the Russo brothers bring to the table where all three movies are concerned.