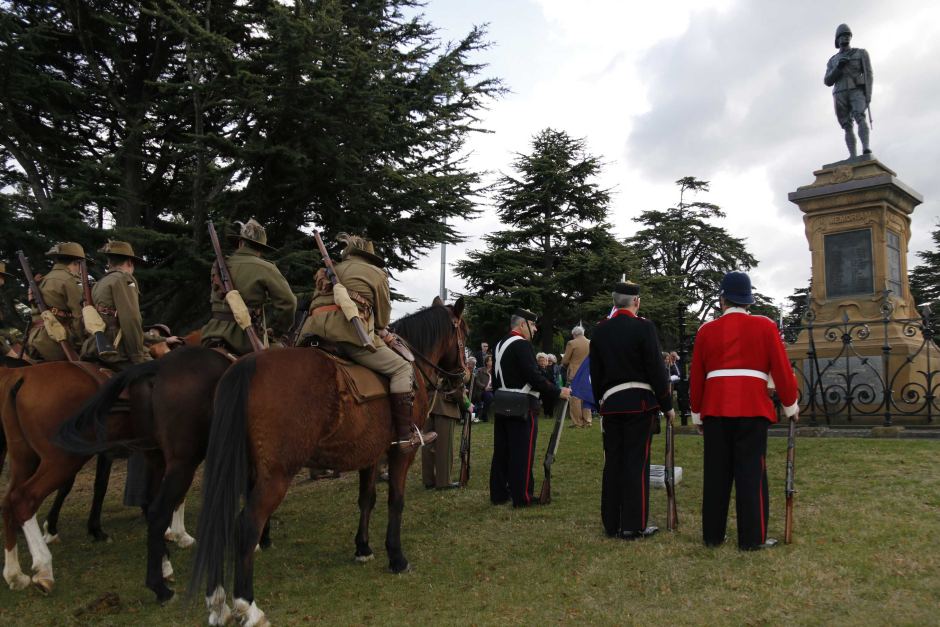 Dozens of people have gathered to commemorate the Boer War at a ceremony in Hobart.

The event at the Queen’s Domain honoured Tasmanian soldiers who served and lost their lives during the war from 1899-1902.

“And I believe 860 Tasmanians served and about 800 horses also served,” he said.

“But unfortunately, unlike the men who primarily the majority returned, all the horses remained in South Africa and died there, so I often think we should have a statue to horses.”

Of the men who died, Reg Watson said all but one were buried in South Africa.

“The one that is buried here is Hodgman, who of course is an ancestor of some sort to the existing Premier of Tasmania.”

Reg Watson said the War started before federation when Tasmania was a self-governing colony.

“We had a minister of war and there was an enthusiasm to come to Britain’s aid,” he said.

“As a consequence, within a fortnight of the declaration of war, Tasmania sent troops.”

Parliamentary Speaker Elise Archer and mayors from a number of municipalities were among those who lay wreaths.