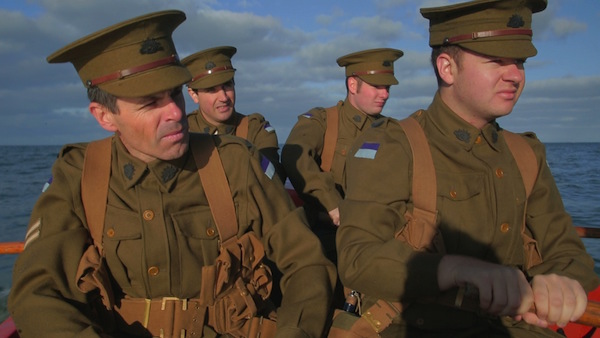 Anzac Letters was created to share the experiences of the soldiers who took part in the first landing at Gallipoli, in April 1915, with a contemporary audience some 100 years later.

The film tells the story of that fateful day by combining the old with the new. It features a series of first hand accounts that are narrated by children from South Australia’s Alberton Primary School.

Part of the 1915 war film ‘The Hero of the Dardanelles’ is featured in ANZAC Letters showing a re-enactment of the Gallipoli landing at Tamarama Beach in Sydney by troops who were training at Liverpool. These scenes are blended with contemporary footage filmed at Semaphore Beach featuring volunteers from the local community and the RSL. The archival footage is used courtesy of the National Film and Sound Archives.

The film was broadcast to the 10,00-15,000 people who attended the 2015 ANZAC Day Dawn Service on the Semaphore Foreshore.