Anzac landing told from fresh perspective in The Water Diviner 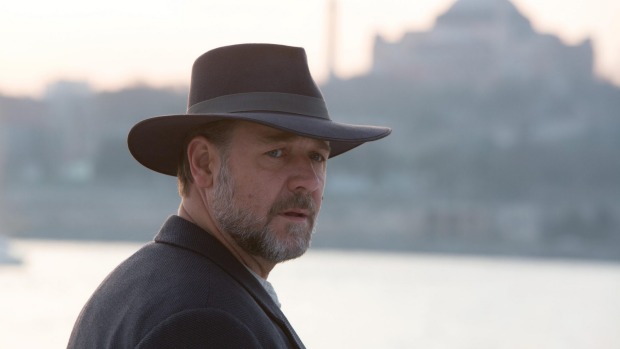 If a storyteller says that there are always two sides to the story, then read no further, listen no more, leave the dinner table.

There are more sides to a good story than there are to a mirror ball, just as there are infinitely more shades of grey than 50.

Russell Crowe understands this fundamental truth. Every eyewitness to history sees it differently.

Crowe and the filmmaker team have wrenched the camera from the front and centre of the invading Anzac troops, where it’s been for the last 99 years of our war history, and placed it on a drone that carries it over the Turkish lines and into their rabbit holes, into their terrified pre-battle prayer sessions on mats, facing Mecca, praying to their God, just as the Anzacs prayed to essentially the same God, but for a few centuries and a re-write.

The most touching historic gestures come from the heart, without rehearsal, without planning by publicist. When Crowe came onto the stage at that extraordinary showcase, the State Theatre, he ambled in with gravity, carrying not a gladiator sword, but a single wooden cricket bat which he placed on the right side of the stage without saying a word, acknowledging that nothing needs to or could be said, capturing the mood of the nation, of the audience, in a single tribute. The blade sat there through the entire movie, a solitary sentiment, without batting an eyelid but moistening all.

Like all great war movies, the Water Diviner is anti-war but pro-warrior. Governments and kings make flawed decisions. Their subjects pay the price. Crowe understands that Australians were losing at Gallipoli but the Turks were not winners. We lost an important battle in a useless, senseless attempted invasion of a country that had nothing to do with us, nor any malice towards us.

The film knows but understates the contemporary invasions of Iraq, Afghanistan and now Syria by our troops. Rarely is war a good choice. It should only be used when there is no choice. From a single letter, writers Andrew Anastasios and Andrew Knight create in The Water Diviner a well-muscled, soaring melodrama out of that original DNA. The film is ruthlessly Australian in tone, cast, sensibility and attitude. It tips no slouch hat to Hollywood. Crowe knows that even his character and performance must give way to an equal, arguably better performance by Turkish Actor Yilmaz Erdogan, as the senior military officer, as it is the story that must be served first and foremost. Crowe the actor sacrifices himself to a Turk, as did thousands of farm boys in the ironically named “Great War”.

Australian actors play Australians. Just as Finding Private Ryan was once a footnote in a history book, The Water Diviner begins with a lone letter and builds an empire of imagination over the ruins of the Ottoman Empire and ultimately the British Empire. Olga Kurylenko plays a Muslim widow, running a struggling boarding house in Istanbul with her dead or missing husband’s brother. That Kurylenko could pull off such a role is a tribute to her acting strength. Not many actresses could survive a Bond movie with a face and body like hers to play a dowd.

An intelligent script involving Andrew Knight, a lead writer on Rake, is no surprise but the subtle drooling metaphors hidden in a mosaic on the screen give emotional and spiritual zest to an emerging love story. Crowe plays Connor, a water diviner whose hands and mysteries, wires and wisdom can sense water buried deep below the ground.

It is a gift of mystery, magic and intuition, with the ability to read the detritus of a coffee cup like an English tea-leaf mystique. The advent of tea bags wiped out generations of tea-leaf readers. Coffee is safe in Kurylenko and George Clooney’s hands.

The Water Diviner is an epic Australian movie with guts, and told with gusto. No nations favoured, but Britain is blamed. The Mother Country brought tens of thousands of us here against our will in prison boats as punishment for minor crimes. She took tens of thousands of us back, as fodder in her fight against her Father Country, Germany. The boat people fleeing the Middle East and Afghanistan are the continual fallout of this so-called “Great War”.

We turn them back with a cruel and unwise contempt that history will hold us to account for. All this and more is contained in The Water Diviner, a tsunami of talent, carrying history in its wake and still lapping at our fatal shores. History is an never-ending story, told a day at a time.

Via: The Sydney Morning Herald