During the 1950’s the British Navy conducted a series of teleportation experiments using Submarines. When one such experiment goes badly wrong, submariner Billy Bourne wakes from dreaming about ‘Baby’, his sweetheart, to discover he is alone onboard his submarine.

An American veteran has the chance to face the remaining members of an innocent family he accidentally killed in a firefight while serving overseas.

Famous story from the trenches of World War One, when British and German soldiers made a brief truce for Christmas Day. A machinima film created using anthropomorphic animal characters and filmed entirely in Second Life.

“The latest attack cost (figures given by officers) eighty thousands men and one billion 5 hundred millions of francs for munitions. And at this price, we gained 4 kilometers to find before us new trenches.” Soldier Michel LANSON – July 1915

A young soldier returns from a mission of months in Afghanistan. The reunion with his girlfriend is difficult for him. The happiness of coming home contrasts too starkly with the traumatic loss of a pal in the theatre of war. Film about the struggle to cope with combat experiences after returning home from the front.

Based on Johann Wolfgang von Goethes “Osterspaziergang” Ramble takes us on a romantic journey through nature, but sometimes we crave paradies so much that we lose track of reality. The light of the sun is not always beautiful. It can as well be dazzling. In the Holocaust, a gifted Jewish physicist named Rudolph is forced to build a teleporter for the Nazis. Rudolph keeps telling his Nazi supervisor Heinz that the machine doesn’t work yet, but Heinz suspects Rudolph is hiding something. As Heinz is determined to squeeze the truth out by any means necessary, Rudolph soon has to face the dilemma of his life. 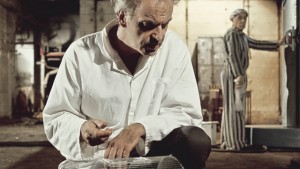 When life in the trenches depends on a bird. 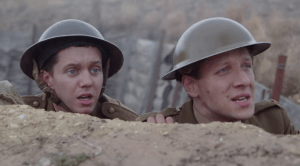 Malta, 1941. RAF Squadron Leader James Alden is given the order to escort a German child to safety. His success or failure will decide on the outcome the war. When seeking shelter from a night-time air-raid, James is confronted with a stranger…

Rob, a young soldier wearing a war-torn uniform, walks towards an imposing tower block. He calls the intercom at the entrance, gripping a red box in his hand. 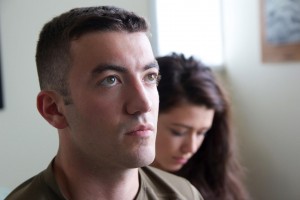 Purple Heart tells the story of a young Iraq War veteran caught in the downward spiral of PTSD. His girlfriend, a deaf artist, tries to help him but he pushes her away. As his life unravels, he begins to lose control, veering towards tragedy. Will the war 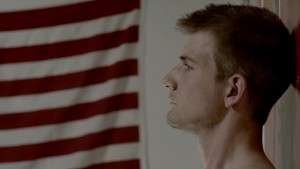