Hundreds of thousands of people have gathered around the nation to remember Australia’s war dead on the 100th anniversary of the Gallipoli landings.

Dawn services across the country heard stories of heroism, bravery, mateship and sacrifice, with a record turn-out of 120,000 at the Australian War Memorial in Canberra.

In Turkey, thousands more have gathered at Gallipoli, where the Anzacs splashed ashore in the face of murderous Turkish fire on April 25, 1915. 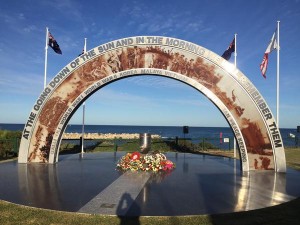