American veterans are cleaning up in the franchise market 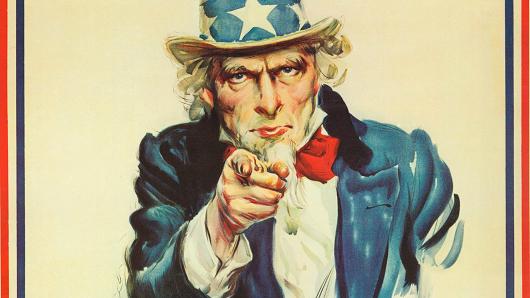 Flanagan, 47, has been an entrepreneur since 1999 and is among the many military veteran business owners in the U.S. who have turned to franchising.

Since November 2011, more than 5,600 veterans have become franchise owners and over 203,800 veterans or spouses have found employment in franchising within the organization, according to the International Franchise Association (IFA).

Through the IFA’s VetFran program, 660 franchise brands offer financial discounts and training for aspiring veteran franchisees and veterans seeking employment. Those companies represent half of the International Franchise Association. 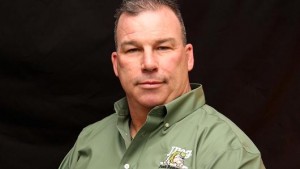 In 2011, during the height of the Great Recession, Flanagan came up with the idea for his company, convinced it was a recession-proof business. It’s a rarity amid the armed forces franchise boom that a franchise is being offered exclusively to members of the military, their families and veterans.

JDog currently has annual sales of approximately $1.5 million from its 12 franchises, and five more franchises are committed to opening throughout this year. Its goal is to have 400 more territories in the next five years, which would amount to about $36.7 million in sales. The company projects JDog will create 2,000 new jobs for veterans and military families.

“Veterans and military families are trying to assimilate back into civilian life, and there aren’t many choices for them,” Flanagan said. “This is not just about getting a job; it’s about a veteran being able to run his or her own business and hire other veterans.”

Four current JDog franchise owners have been deployed to Iraq and Afghanistan, while the others served in the military in other capacities.

The unemployment rate for veterans who served on active duty in the U.S. Armed Forces at any time since September 2001—a group referred to as Gulf War-era II veterans—declined by 1.8 percentage points over the year to 7.2 percent in 2014, the U.S. Bureau of Labor Statistics reported today. The jobless rate for all veterans, at 5.3 percent, also declined. There were 573,000 unemployed veterans in 2014, out of the total population of 21.2 million veterans that are in the civilian non-institutional population.

Citing Census Bureau data, the IFA estimated that more than 66,000 franchises in the U.S. are owned by veterans. In 2014, 52,333 veterans found employment opportunities across 13,446 franchise business locations, according to the IFA survey. Additionally, 62 participating franchise brands recruited 416 veterans as new franchisees during the year, and an additional 350 veteran franchisee candidates are currently under consideration.

George Eldridge, a U.S. Air Force veteran who is the program manager for VetFran, said that after several years in the military—and especially after decades of service—the experience provides perspective that transfers well into life, and business.

“Veterans know what a bad day looks like, Eldridge said. “An event that may occur isn’t seen as a dead end but rather as the next challenge.” He added that veterans are looking for opportunities to excel on their own within a system, so the franchise model’s “independence with support” is attractive to them.

Veterans are cleaning up

Here’s how JDog works:
Employees—who dress in military-style uniforms—go into residential and commercial locations to clean out junk and then repurpose it; either to transfer stations, recycle stations or to donations facilities.
Think of it as the small-business version of 1-800-JUNK.

“We do what trash companies won’t do,” Flanagan said.

JDog sells a franchise and charges a onetime fee of $25,000 for a 15-year agreement—average initial fee in the franchising space is approximately $35,000, according to data from online franchise tracker Franchisechatter.com. (It was $35,185 exactly in 2013, according to FRANdata, the most recent year for which the trade group’s information is available.)

The total franchise initial investment fee is estimated by JDog to range from $39,000 to $97,400, according to its latest franchise disclosure document filed in February. This estimate includes the cost of up to $30,000 for Hummer H2 or another company-approved vehicle, such as a Jeep Wrangler—all requiring a camouflage-theme paint job—plus a trailer.

For the first year, the royalty paid to the corporate office is $9,600, year two is $14,400, year three $19,200, and the fourth and final year any amount of money is charged, the franchisee pays JDog $24,000.
Many franchises charge a percentage of gross sales royalty on an annual basis—typically, just under 5 percent—and that is in effect for the life of the franchise agreement, according to Franchisechatter.com.

Flanagan said one difference between JDog and its competition is that many use an outside call center to book the jobs for the franchisees and charge them double the average royalty fee as a result. JDog’s phone-routing system goes straight to the local owner and doesn’t cost the franchisee anything.

The call center costs $125 per month and cannot exceed $250 per month during the franchise term or be increased by more than 10 percent in any 12-month period, according to the company’s franchise disclosure document.

Beyond the fee, the equipment needed—such as a trailer or Jeep for hauling—is an asset that can be resold or recouped. There is no retail lease.

The franchisees keep the resale and everything else after all the fees have been paid.

He and others help to advise staff and mentor the franchisees.