For information about the individual awards and for the 2022 winners, expand the panels below.

Films selected for the official competition in 2022 were judged by screen industry professionals, presided over by Jury Chair, Bruce Beresford, one of Australia’s most acclaimed filmmakers, whose career includes nominations for Academy Awards, BAFTAs, Golden Globes, Cannes’ Palme D’Or, AFIs, AACTAs and more.

The jury judged the nine Red Poppy Awards across features, shorts, student films, animation and music video categories. The awards were presented on the final night of the festival, Sunday 6 November 2022.

Howard Frank Van Norton served in the US Army in WW2. As a private, he landed two days after D-Day and fought his way through France before being shot while repairing communication lines. He remained on the communication pole until the lines were restored to his unit – he was awarded a silver star and the Purple Heart.

Awarded to the film judged as the Best Short Film in competition, this award carries a cash prize of $4,000 and $2500 of in kind post production support courtesy of Australia’s Spectrum Films.

The Award is named in memory of Sgt Thompson, stretcher bearer, cornet player and band master of the 9th Battalion Band. The Award carries a cash prize of $1,000.

Sgt Joseph Cecil Thompson was a farrier from Childers Queensland who enlisted at age 22 in the 9th Battalion which landed at Gallipoli in1915.  He survived the landing and subsequent action in Europe.  Read more about Sgt Thompson in the State Library of QLD archives.

The Award is named in memory of Harry Julius, accepted as Australia’s first wartime animator,. This prize is judged across all categories and carries a cash prize of $1,000.

Harry Julius become known for his animated cartoons from 1915, now preserved in the the National Film and Sound Archives collection. His work is acknowledged as a valuable record of War Time and the birth of animation in Australia – established as a propaganda tool to deal with the terrible events of the First World War.

Presented to the actor of a feature or short film who is judged Best Actor by the juries with a cash prize of $1,000.

Presented to the actress of a feature or short film who is judged Best Actor by the juries, with a cash prize of $1,000

Beyond Blue Award for a film that best reflects hope, recovery and resilience

This award acknowledges a film across both categories that best reflects hope, recovery and resilience in the story and is proudly supported by Beyond Blue an organisation that provides information and support to help everyone in Australia achieve their best possible mental health.

Awarded to the Best film made by a primary, secondary or tertiary student for a fiction or documentary film. This award encourages veterans to tell their stories as students of film and storytelling and carries a prize of $1,000 cash plus $2,500 in kind support from Spectrum Films

Awarded to the Best Music Video with a veteran theme, or for, by or about Veterans. The award has a $1,000 cash prize attached.

Born and educated in Sydney, screen legend Bruce Beresford has directed over 30 feature films, including the Oscar-winning best picture Driving Miss Daisy. He has directed films, opera, theatre across the world and is a successful published author. Bruce was nominated for an Academy award for the script of Breaker Morant, (1979) & direction of Tender Mercies.  Black Robe, won the Canadian Academy Award and Best Director, Best Script, Best Cinematography and Best Actor Awards.   Other films include Crimes of the Heart, The Fringe Dwellers, Double Jeopardy, Evelyn, Paradise Road, Mao’s Last Dancer and Bonnie and Clyde for TV.  Recent films are Mr Church with Eddie Murphy, part 4 of TV series Roots, Flint with Queen Latifah and Ladies in Black with Angourie Rice and Julia Ormond. His most recent film is the documentary An Improbable Collection 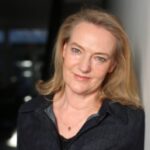 An award-winning Australian screenwriter and producer Lisa wrote and produced H is for Happiness, winning the 2020 Generation KPlus Jury’s ‘Special Mention’ prize at Berlinale, 10 AACTA nominations including Best Film, an AWGIE nomination for best Adapted Screenplay, a nomination for the 2020 NSW Premier’s Literary Awards and. It won Best Film at CinéfestOz in 2019. Lisa has a Graduate Diploma in Screen Business and a MA in Producing from AFTRS. Short films she’s produced have screened around the world including Godel, Incomplete and the AWGIE Award-winning Heck, which she co-wrote. Her work on Australian TV shows including Heartbreak High, All Saints, White Collar Blue, Hi 5 and Guess How Much I Love You. 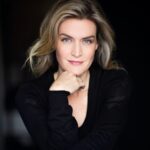 Australian-born Jenni is a WAAPA graduate whose first job took her to the USA, where she stayed for several years before returning home to play Paula Morgan on leading drama All Saints. She re-turne to the US and landed roles in the Emmy-nominated The 4400 and in feature film Alien Tres-pass starring opposite comedy great Eric McCormack. After returning home again she was cast in A Place to Call Home, she received a Logie nomination for “Most Outstanding Supporting Actress” in the acclaimed show. Her credits include the play Circle Mirror Transformation and psychological thriller Backtrack with Adrien Brody. Recent work includes roles on Doctor Doctor, The Secrets She Keeps, and The Twelve in 2022, headlined by Sam Neill. 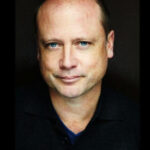 Alan has performed in a multitude of roles across Film Tv and stage for 35 years. For screen Alan has appeared in many Australian series including Significant Others, Five Bedrooms, Operation Buffalo, No Activity, Jack Irish, The Moodys, Carlotta, Power Games, Secret City, Redfern Now and Devils Playground. Film Credits include: The Stranger, Book Week, Hearts and Bones, Little Monsters, Last Cab To Darwin, Little Death and Beneath Hill 60. With a strong background in thea-tre Alan has performed in numerous shows with The Sydney Theatre Company including Noises Off, True West and Hay Fever as well as productions for Griffin, Bell, Pork Chop, The Ensemble and Belvoir Theatres.

Petra Salsjö is a Melbourne based screen music composer. Educated at the University of Mel-bourne in Composition and Improvisation (piano), she composes for the Screen and also in Concert for Dance and Theatre. Petra has been nominated and awarded multiple Best Music/Soundtrack awards and is currently composing for a yet to be released Teen Gothic Horror show. She has worked with some of Australia’s finest Composers and Musicians. Petra was the composer for the short film Miro which won the Sgt Joseph Cecil Thompson Award for Best Music at Veterans Film Festival in 2017, followed by international recognition. 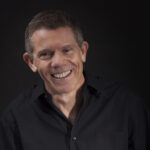 A graduate of the University of Qld and the University of Southern California, Cameron spent 29 years based in LA, as a free-lance violinist and violist, composer, orchestrator and arranger for Hol-lywood productions. Cameron is an enthusiastic proponent of Screen Music education, creatively directing the QLD Music Festival’s Score It! Competition, teaching orchestration for UCLA and since 2018, as Head of Screen Music at AFTRS. His numerous composition credits include orchestral commissions from the Los Angeles Chamber Orchestra, the Queensland Symphony Orchestra and work on four seasons of The Sylvester & Tweety Mysteries for Warner Bros., plus scores for legendary director Chuck Jones’ last animated shorts. His orchestration credits include Spider-Man: Homecoming, Jurassic World, Star Trek Into Darkness, Inside Out, Zootopia, Piglet’s Big Movie, Hunchback of Notre Dame 2 and Once Upon a Time 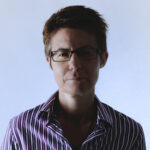 Julie Kalceff is an Emmy award winning writer and director. Her film and TV credits include First Day (Seasons 1 and 2), which she created, wrote, directed and co-produced, winning an International Emmy Award, a Rose d’Or, and a GLAAD Media Award; feature film Here Out West, which opened the Sydney Film Festival in 2021, PM’s Daughter Season 2, and Starting From Now, the global hit digital drama series she created, wrote, directed and produced. Julie is currently in development on a slate of projects as well as working as a director on episodic television. 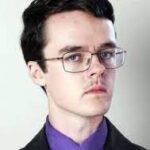 Gus is a recent AFTRS BA graduate with a number of projects under his belt including editing Sushi Noh, a horror short selected for MIFF, writing/directing Broccoli (in post-production) a dark comedy short about intergenerational trauma, and one in development, Tales from a Boring Dystopia, A Sci-Fi anthology with the pitch: “Black mirror but funny… and Australian.” Gus is obsessed with anything grotesque and wants to make exploitation comedies about horrible or lovable corrupt losers.